How to Make a Liberal Bible Scholar

Today’s “Quote of the Day” comes from Greg Carey:

The best way for conservative churches to produce “liberal” biblical scholars is to keep encouraging young people to read the Bible…Reading the Bible is a terrific cure for fundamentalism. That’s exactly how many of us so-called liberal Bible scholars got our start.

Those quotes are from near the beginning and end of the article, “Where Do ‘Liberal’ Bible Scholars Come From?” at the Huffington Post (HT John Byron). 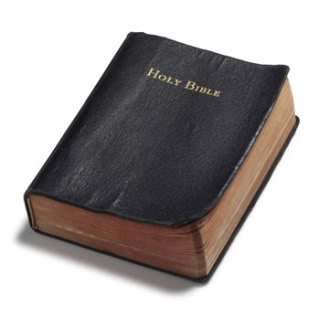 Carey’s perspective is worth comparing and contrasting with that found in two recent posts at Unreasonable Faith, one about Ken Ham, the other about four ancient assumptions about Biblical interpretation. What I would add or comment in response to those posts is that for Ham and other fundamentalists, there is a higher authority than the Bible, and it isn’t God, but rather their doctrine about Scripture being inerrant. If one has that bulwark in place, it often turns out that nothing, not even an avalanche of evidence provided by the Bible itself, can persuade someone to change their mind. (See my recent post, about needing to choose between inerrancy and the Bible, for more thoughts on this topic).

As Carey notes, reading the Bible carefully often results in our noticing what isn’t there – such as the idea that one will need to get the mark of the beast in order to obtain school lunches (if you haven’t heard about this, click through or Google it to read about new palm vein scanners that would allow lunch lines in Louisiana schools to move faster – if those in line can get around the fundamentalist protesters). The whole notion of the mark of the beast as microchip or UPC code is as absent from the Book of Revelation as clues to its reference being to the ancient Roman empire are present.

But discovering that takes reading carefully, not in a purely superficial, impressionistic sort of way. And that careful reading does indeed contribute to people becoming liberal Biblical scholars – not only in Greg Carey’s case, but also my own.