I have a friend who has an interest in following the development of early Christian burial practices, and in particular those of Jewish Christians. Among non-Jewish Christians, we can pick up the threads of development in some other places, like Rome. And it has been suggested that some part of the necropolis on the Mount of Olives (see the ossuaries on display at Dominus Flevit) may have had a connection with ancient Jewish Christianity. But on the whole, there seem to be more pieces from the puzzle that are missing than ones that we have, at least for that “corner” of the puzzle.

So I thought I would appeal to blog readers, and see whether there is anyone who has useful bibliographical references or personal insights to offer. Are there any books about the burial practices and customs, or the tombs, of ancient Nestorian and other Eastern Christians, who often seem to have had a closer connection to Christianity's Jewish roots than the Western churches? Have there been any attempts to identify specifically Jewish Christian burial places, and highlight how they were different from those of non-Christian Jews on the one hand, and non-Jewish Christians?

Any recommendations of books and articles or personal insights will be greatly appreciated. 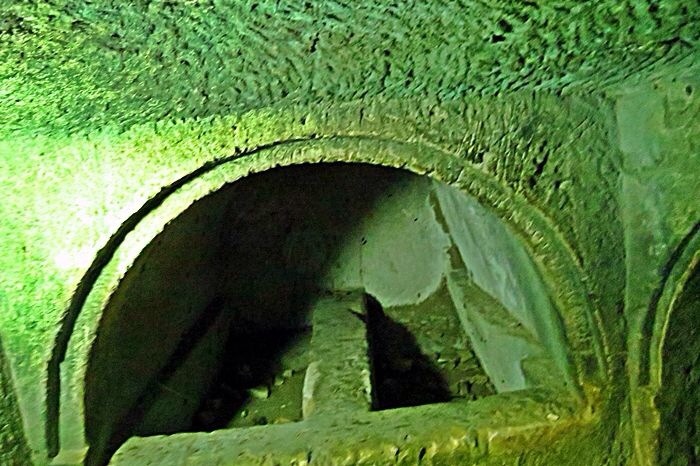 September 3, 2012 The Apostles' Creed & The Lord's Prayer As One Progressive Christian Hears Them
Recent Comments
6 Comments | Leave a Comment
"Supercessionism actually happened, becoming solid over the course of 2nd c. By contrast, the idea ..."
Mark The Aims and Ending of Luke-Acts
"Even more stunning is the fact that in German, Biden Harris could be roughly translated ..."
Daniel Liechty Duel of the Antichrists
"This is why I don't think literalists get to take the "high ground" when it ..."
Phil Ledgerwood Statement of Faith for Biblical Literalists
"Trump is in office to teach people a lesson what they learn from that is ..."
Brianna LaPoint Trump’s Blasphemies
Browse Our Archives
get the latest from
Religion Prof: The Blog of James F. McGrath
Sign up for our newsletter
POPULAR AT PATHEOS Progressive Christian
1