BibleWorks 9 and the Gospel of Jesus’ Wife

Today a wonderful opportunity to continue illustrating more features of BibleWorks 9 has presented itself. With the issuing of Francis Watson’s pdf arguing that the “Gospel of Jesus’ Wife” is a fake, the seemingly unparalleled line 6 stands out amid other lines for which Watson claims to have found possible sources of derivation, even if some of those are themselves rather loose.

Watson suggested “The passage might conceivably echo Papias’s unpleasant description of Judas Iscariot’s grossly swollen body.” In response, Richard Bauckham (in a comment on Mark Goodacre’s blog) recommended taking a look at how Acts 1:18 is rendered in Coptic translations.

There are Coptic editions of the New Testament in various places online, including the Internet Archive. But I seemed to recall that there were free Coptic texts that could be added in to BibleWorks – and I was right. It only took a matter of minutes to download and install them.

It was then only a matter of looking up the verse and seeing that none of the Coptic versions provides a close parallel to the wording in the “Gospel of Jesus’ Wife.” (I will be the first to admit that my knowledge of Coptic, while not non-existent, is extremely limited, and so I encourage those with greater proficiency in the language to offer their perspectives on this topic).

Nevertheless, taking a look at that verse in BibleWorks reinforced to me the possibility of the connection Watson and Bauckham suggest. The reference to Judas’ “unrighteousness” in the Greek text, as well as the tradition of his “swelling up,” do indeed seem like they intersect with the snippet in line 6 of the “Gospel of Jesus’ Wife.” But the Coptic versions of the NT that I was able to access do not render the wording in a manner that is likely to have been utilized directly by the person who created the “Gospel of Jesus’ Wife” – whether that took place in antiquity or more recently. 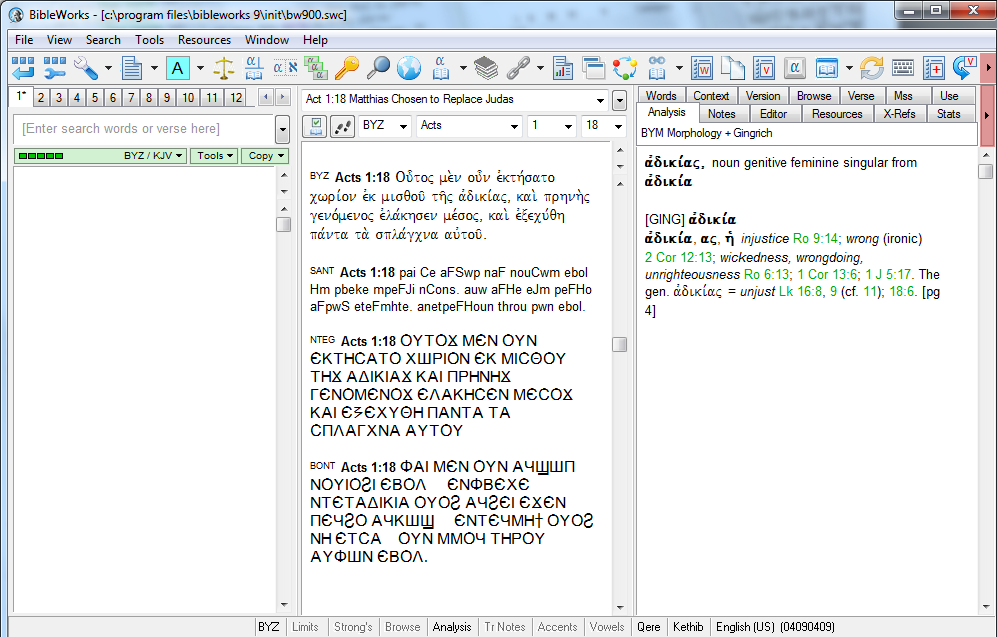 September 21, 2012
The Most Interesting Gospel about Jesus' Wife in the World?
Next Post

September 21, 2012 Apocalypse Rescheduled
Recent Comments
6 Comments | Leave a Comment
"hey mr dr lost fan. one of your video is not available anymore, either remove ..."
irshad Is Google Smarter Than Your Pet?
"see? some church padres forgot this like the one who said to donate to his ..."
irshad A Reminder: Jesus Didn’t Say “Bully ..."
"so checked eutychus blog and obviously this patheos.com but all i got is that original ..."
irshad Fork Criticism: Understanding Biblical Criticism Through ..."
"considering james f. mcgrath wrote some fiction stories how is he gonna judge all the ..."
irshad The Root of All Evil?
Browse Our Archives
get the latest updates from
Religion Prof: The Blog of James F. McGrath
and the Patheos
Progressive Christian
Channel
POPULAR AT PATHEOS Progressive Christian
1