Mythicists say a lot of ludicrous things, and perhaps it would be useful to highlight some of the more astonishing and laughable ones from time to time.

But they will then go on to try to argue that the sayings in this source, which are now only to be found embedded in Christian sources which agree in attributing those sayings to Jesus, have no connection with the figure to whom both Matthew and Luke attribute them.

Anyone who is not already predisposed to embrace mythicism will find the very attempt to do that rather silly, and will find simply ludicrous the suggestion that one could use such an argument to argue that it is more likely that mainstream historians are all badly mistaken while mythicists are correct.

But it is important not to simply ignore the mythicists, any more than the evolution-deniers and Holocaust-deniers and climate change deniers and the anti-vaccination crowd. Denialists use many of the same tactics, and knowing what those tactics are can help prevent these memes – which oppose scholarship and pervert critical thinking into selective skepticism – from spreading. Because these aren’t people who’ve put the Q-Tip in too far (if you’ll forgive the pun), but who have ways of thinking which imitate those of scholarship and critical thinking just enough to dupe the gullible. The only antidote to them is true critical thinking – which forces you to not merely be skeptical of what those you are already inclined to disagree with have to say, but to ask whether you would find the arguments you currently use persuasive if you did not already adhere to the worldview that you do.

And so it is important to remember here from time to time “Stuff Mythicists Say” and to comment on it. And having set the topic aside for quite some time, I will try to make sure not to neglect it entirely. 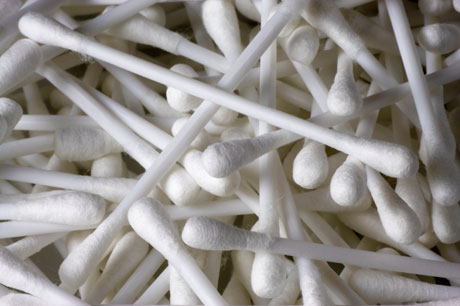 September 10, 2012 Richard Carrier Responds
Recent Comments
39 Comments | Leave a Comment
"The problem is the method, not the texts chosen to wield. Precisely. You have hit ..."
jekylldoc Is (Evangelical) Christianity Irredeemably Patriarchal?
"I do find it interesting that Ehrman is perfectly happy to posit that Paul’s use ..."
VinnyJH Mythicism and the Early Christian Band
"I don’t think it’s possible to say much about what pre-Pauline Christians believed because Paul ..."
VinnyJH Mythicism and the Early Christian Band
"My position is this: for all practical purposes, Paul should be treated as the founder ..."
VinnyJH Mythicism and the Early Christian Band
Browse Our Archives
get the latest from
Religion Prof: The Blog of James F. McGrath
Sign up for our newsletter
POPULAR AT PATHEOS Progressive Christian
1