Heaven is Hotter than Hell (a Cautionary Example) 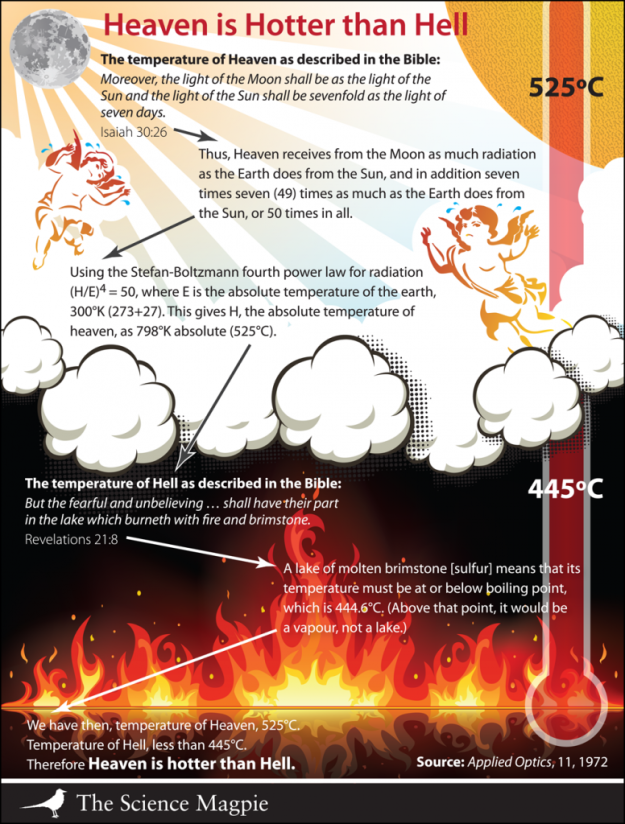 I think the graphic above  illustrates very well how approaching the Bible expecting scientifically factual information that is literally true leads to dubious conclusions. Thankfully, most so-called literalists and promoters of creation “science” don’t go to these extremes – but if they would exercise the same common sense more consistently when approaching the Bible, they would bring less disrepute on Christianity.

October 22, 2012 What is a Library?
Recent Comments
7 Comments | Leave a Comment
Browse Our Archives
get the latest from
Religion Prof: The Blog of James F. McGrath
Sign up for our newsletter
Books by This Author Books by James F. McGrath