The Uncredible Hallq on Liberal Christianity

There is a rather bizarre post by Chris Hallq on his blog “The Uncredible Hallq” in which he takes aim at liberal Christians, and in particular myself and Fred Clark. 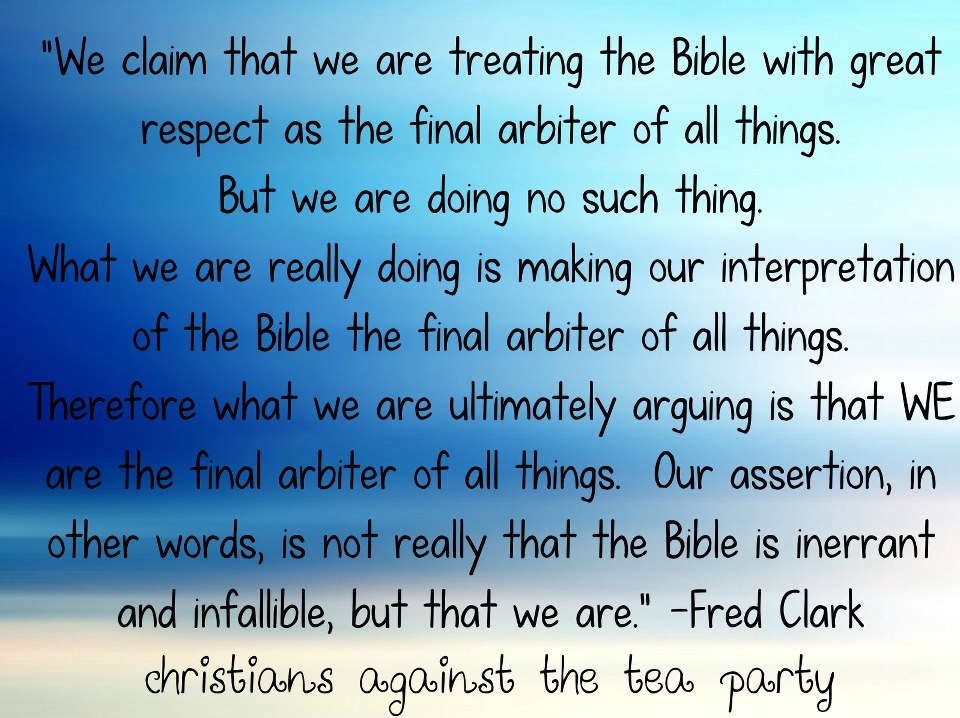 He begins by arguing that, because fundamentalists sometimes acknowledge they were wrong, therefore the generalization is incorrect that inerrantists identify their own interpretation with “what the Bible says” and thereby end up in practice treating themselves as inerrant.

Exceptions do not mean that generalizations are not essentially accurate. Todd Wood is a young-earth creationist who acknowledges that evolution is not “a theory in crisis” and that the scientific evidence supports it. But that doesn’t negate the fact that young-earth creationists generally adopt a very different stance than Wood’s.

Hallq then suggests that liberal Christians don’t point out that the problem with fundamentalists is not their own flawed perspective but the flawed text of the Bible itself, saying that this would involve admitting something that is “embarrassing to Christians of every stripe.”

To which I can do little but shake my head in disappointment that someone would criticize a phenomenon they understand so little and about the history of which they are so poorly informed.

I am grateful to Hallq for mentioning my post. But hopefully if he wants to interact in the future, he will learn something about liberal Christianity first.

October 8, 2012 Daniel D - Lullaby
Recent Comments
9 Comments | Leave a Comment
"It's always worth remembering the there is no authentic and original first century originated evidence ..."
rationalobservations? Attacking the Bible
"On two occasions, Abraham offended his hosts, causing them serious injury. Both Pharoah and Abimelek ..."
Joseph Douglas Attacking the Bible
"The idea was not at all difficult for Luke to imagine (see Acts 6,5 13,43). ..."
robrecht Triangulating on John the Baptist from ..."
"No I just assumed, til now, that you wouldn't appeal to the, I think, unattested ..."
Mark S Triangulating on John the Baptist from ..."
Browse Our Archives
get the latest updates from
Religion Prof: The Blog of James F. McGrath
and the Patheos
Progressive Christian
Channel
POPULAR AT PATHEOS Progressive Christian
1

Time For A Serious Conversation About Who We...
Time is a redeemable gift. The Ephesians were counseled to live by...
view all Progressive Christian blogs
What Are Your Thoughts?leave a comment
Copyright 2008-2021, Patheos. All rights reserved.