Since no announcement about lab results testing the ink from the Gospel of Jesus’ Wife has been forthcoming, scholars and other interested parties continue to discuss, report, and try to draw conclusions as best we can based on the available evidence.

Andrew Bernhard, author of several online articles exploring the possibility that the text is a modern forgery, added another one, this time bringing together in one brief article a number of notes and observations, with pictures and highlighting, offering a proposal concerning how the forgery was done. Here is his own summary of his argument:

I think it is now fair to begin openly describing Gos. Jes. Wife as a modern forgery. Although it is admittedly a novel type of forgery, its text can be explained too easily and too completely as a “patchwork” of words and short phrases drawn from the Gos. Thom. by a forger relying on Grondin’s Interlinear. The possibility that Gos. Jes. Wife is a genuinely ancient writing seems extremely remote.

Gos. Jes. Wife is intended to appear as a basic dialogue between Jesus and his disciples, and the words of both Jesus and his disciples are introduced using the same words found in the basic dialogue of Gos. Thom. 12. Every word in Gos. Jes. Wife (except one) can be traced back to Gos. Thom., and every line of text in Gos. Jes. Wife contains words found in close proximity to each other in Gos. Thom. – even when there is no obvious relationship between them (e.g., line 3). Where a word might easily have been spelled differently in the different texts, both Gos. Jes. Wife and Gos. Thom. have the same spelling (i.e., NAEI). In addition, the forger’s redactional tendencies, namely switching third-person pronouns from masculine to feminine (lines 2, 5, 7) and attempting to invert affirmative / negative statements (lines 5 and 6), can be identified. The forger has also inadvertently included several tell-tale peculiarities in grammar and spelling that reveal the modern origin of Gos. Jes. Wife.

The forger’s “fingerprints” are discernible in every line of text that has more than one word in it. In line 1, the forger has reproduced a typographical error from Grondin’s Interlinear (the omission of a direct object marker) and a line break from NHC II. The second line has been copied verbatim from Gos. Thom. 12, except the forger has changed a third-person pronoun from masculine to feminine. In line 3, the forger has used a Coptic spelling for the name “Mary” that is barely attested in antiquity but could well be derived from the English translation in Grondin’s Interlinear. In line 4, the forger has omitted a conjunction (JE) that would ordinarily be expected, probably as the result of a line break in NHC II. Line 5 contains a simple inversion of a negative phrase found in Gos. Thom. 55, and the forger has switched its subject from masculine to feminine. Once the intended text of line 6 is recognized, it seems clear that a forger tried to compose the line of Coptic while thinking in English; relying on the translation in Grondin’s Interlinear, the forger attempted to transform an affirmative statement from Gos. Thom. 45 into a negative version but made a pair of grammatical errors in the process (i.e., two verbal prefixes modifying a single infinitive; a non-definite noun modified by a relative). In line 7, the forger has merely rearranged text from Gos. Thom. 29 and 30, switching a masculine pronoun to its feminine equivalent (for the third time in seven lines) in an effort to mask the identity of his or her source.

In the end, only a single Coptic word in Gos. Jes. Wife could not have been copied directly from Gos. Thom. This word, which instantly transformed Gos. Jes. Wife into an international sensation, appears near the center of the small papyrus fragment. It is a compound of a possessive article and feminine noun that could easily have been formed by anyone using Grondin’s Interlinear and the most widely available Coptic-English dictionary in the world: TAHIME (“my wife”).

Several bloggers mentioned the interview in the Boston Globe with Karen King, including Mark Goodacre, who is quoted in the article.

In mostly unrelated news, forget the “True Cross” and click through to read the true story of the Potsie Cross… 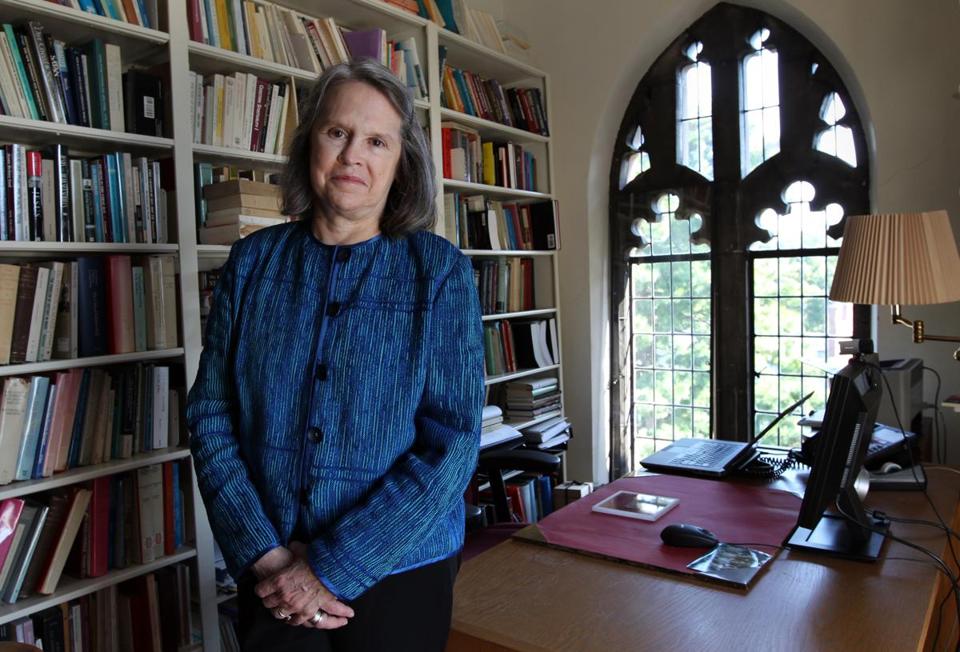 November 12, 2012
The Odious Penal Substitutionary Theory of Atonement
Next Post