President Obama has been re-elected. 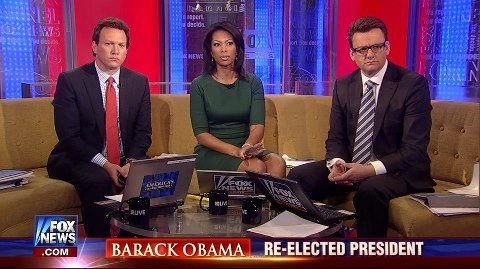 Despite what some may say, the challenge ahead of us all is not to avoid being rounded up by presidential stormtroopers, to rescue the Constitution from being torn to shreds, or to find a place to hide and wait out the apocalypse.

The challenge is whether we can find a way – as the vast majority – to marginalize those voices of extremism, rancor, and hatred on both sides of the main political divides.

The big challenge is to elevate being human, being kind, being considerate, and all such other basic and essential things to a status where they matter more to us than our status as a registered this or that.

I'm excited at the prospect of another four years of Obama as president. Some people are disappointed. But even if Romney had been elected, I had this image of him searching the Oval Office in vain for the buttons that control gas prices, employment, and the economy.

A president and other elected officials can help – and most of them genuinely want to help their constituents, if only because it means an increased likelihood of re-election. But lots of aspects of everyday life depend not on who is in office but how we treat others. And my fear is that, in our efforts to get our preferred candidate elected, we use our words and actions to do such harm to others that we make it hard to work together to actually become the change and create the change we want to see in the world.

Now that the political ads have stopped for a while, can we begin a movement to change the culture of political rhetoric in this country? Not that politicians will stop trying to paint their opponents as evil and insane in order to make themselves look preferable. Expecting that to change is probably unrealistic.

So what can you do as a voting individual? You can stop accepting the rhetoric at face value, stop believing that the other party consists of anything other than human beings who are more like you than unlike you.

As I said once not long ago about being Christian, I say now about being Democrat or Republican or Libertarian or anything else: Let's be human first.

This is not to say that we will not confront genuine differences and even hostility. Nor is it to say that who is elected or what legislation is passed doesn't matter. The point is precisely that, in a time when a lot of social change is taking place which many of us view as positive, the more we can avoid giving those who are troubled by such change the opportunity to view themselves as under attack by forces of darkness, the more likely it will be that we can change attitudes and not merely laws.

November 6, 2012
Review of The Christian World of the Hobbit
Next Post