I Don’t Care What Jim West Calls Himself, He Isn’t A Baptist in Any Meaningful Sense of the Word

Jim West has taken it upon himself to try to define away the status of the First Baptist Church of Seattle as a Baptist church.

Jim considers their stance on same-sex marriage and their holding of ceremonies marrying people of the same gender to be incompatible with Baptist identity.

But ironically, apart from believer’s baptism, one of the most fundamental and characteristic tenets of the Baptists is soul freedom – the right and duty of individual believers, and communities of believers, to follow the dictates of their consciences, without compulsion from authoritarian structures.

So congratulations to Jim West for having – rather ironically – defined himself  out of Baptist identity by thinking that he can dictate to other Baptists how to follow their consciences or their understanding of Scripture.

But more serious congratulations to those happy couples who were now able to marry thanks to changes in the law – and congratulations to First Baptist Church of Seattle for being at the forefront  on the issue of marriage equality, and not bringing shame upon our faith tradition by standing on the wrong side of history and Scripture when it comes to this matter. 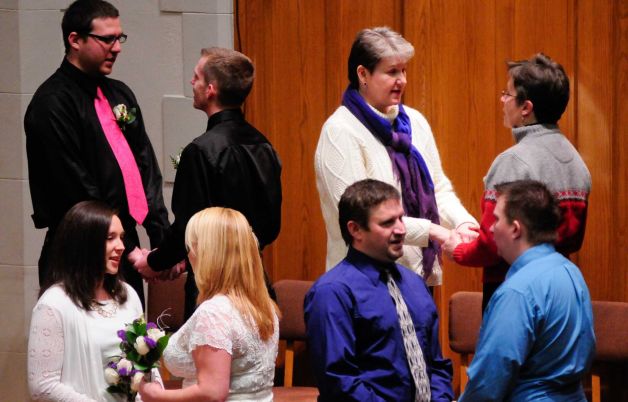