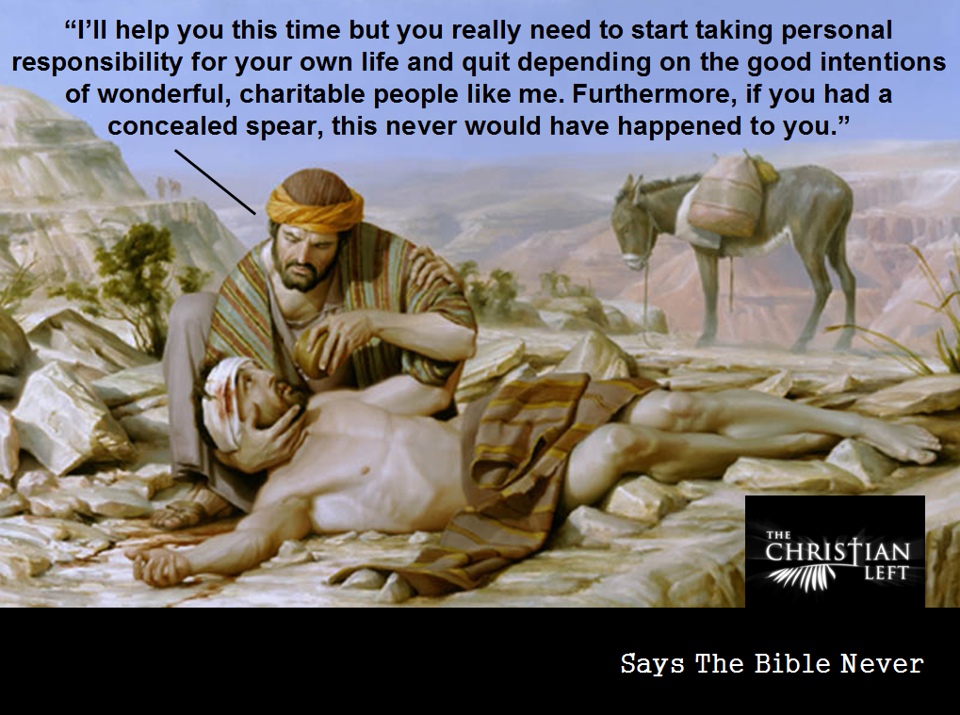 Earlier today I created an image to illustrate one popular inversion of the Bible, and now I am sharing another, which I found rather than created.

If the Samaritan who behaved as depicted in the story in Luke came to be known as the good Samaritan, then must we not say that one who speaks and behaves in the quite opposite manner depicted in the image above would be a bad Samaritan?

If so, then what ought we to say about those in our time who claim to be followers of Jesus, and yet sound more like the Samaritan in the image above than the one in the original story?

December 30, 2012 Torchwood: A Day in the Death
Recent Comments
16 Comments | Leave a Comment
Browse Our Archives
Follow Us!