Many Christians Are Compromised

In the country I live in, the vast majority of Christians (assuming one is willing to give that label to those who claim it, even if it seems not to affect their core values) are fundamentally compromised with the spirit of the age, with its values, with its aims and assumptions.

Some are so compromised that they line up with the use of secular power to try to accomplish their aims – with the Romans who crucified Jesus rather than with the one who overcame evil not through force or legislation but love.

Some are so compromised that they think that, in shunning, ignoring, and at times even persecuting those who have been marginalized, ostracized, and demonized, they are serving the one who chose the company of such people over the company of the religious.

Some are so compromised that, when they engage in selective outrage (for instance, complaining that the state may one day require Christian employees to grant marriage licenses to people of the same gender, but not complaining that they are already required to do so for people who are divorced, which goes against very clear teaching of Jesus), they think they are being faithful rather than hypocritical.

Some are so compromised that they not only fail to take a stand for the poor and other victims of injustice, but stand shoulder to shoulder with the rich and powerful in seeking to hinder others from doing what they refuse to, but as followers of Christ, ought to.

Some are so compromised that they will see nothing wrong with the above, and will deny that those who challenge them on it are actually Christians, while assuming that they themselves are the real and faithful ones. 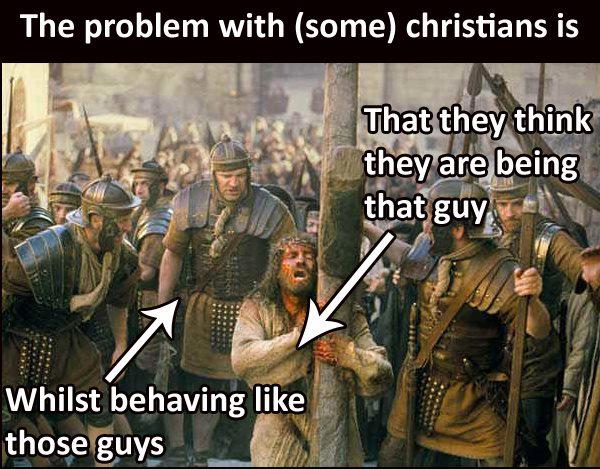