The Judas Kiss of Much Modern Christianity

Today’s cartoon by David Hayward hits the nail on the head about a lot of Christianity today (as well as in other eras): 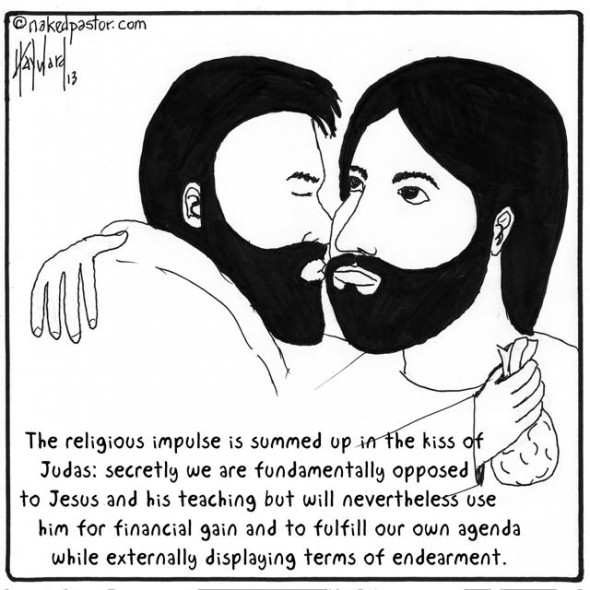 So many evaluate the Christian credentials of individuals and groups based on how frequently they reference Jesus or the Bible or the word Christian, and how positively.

But in a text which itself has been twisted, Jesus is presented as saying that many will call him “Lord” more than once and yet it will do them no good, because they do not put his teaching into practice.

That text, as I mentioned, gets twisted, so that from a very early age, children may hear a song about the text in churches, telling them that the wise man built his house upon the rock, and that therefore they should “build your life on the Lord Jesus Christ.”

But the text the song derives from, in Matthew 7:24-27, is about putting Jesus’ teaching into practice.

There needs to be a massive movement among Christians to draw attention to just how many individuals claim to represent our faith, and yet are not merely not doing what Jesus taught, but even oppose those who do so.