I recently watched the remake of the movie “Total Recall

,” this version starring Colin Farrell rather than Arnold Schwarzenegger

. There were some other major differences, many of which are introduced right at the start of the movie. For instance, the plot focuses on Britain and Australia rather than Earth and Mars. Some of the technology for transportation – such as the “Fall” which allows fast travel via the Earth's core, as well as elevators that can move in all directions – were far fetched in terms of realism, but allowed for some really cool action sequences, and that's what matters most to viewers, right?

There is some very important religious imagery in the remake. The Rekall company works out of a building that looks like this: 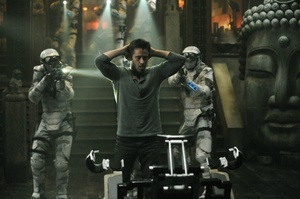 Presumably they made that Buddha head so large to ensure that it would not be missed, and so it must be important!

The base of rebel leader Matthias, towards the end of the film, is in a church: 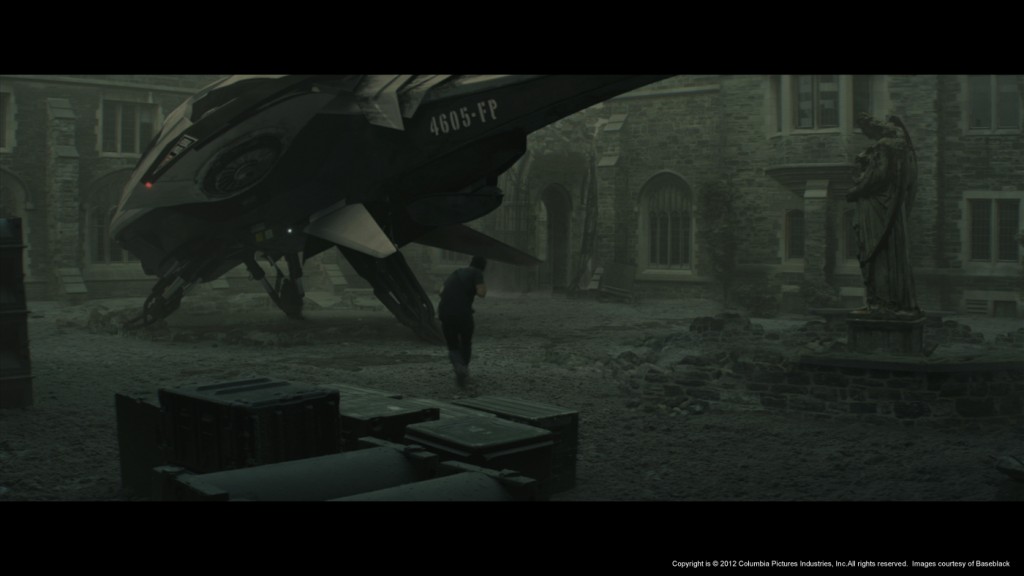 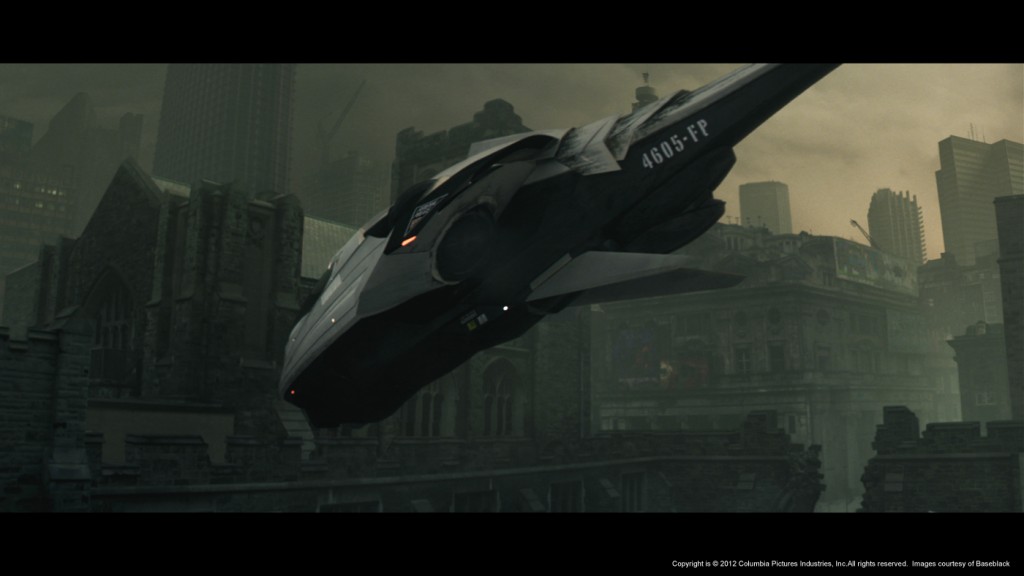 That is significantly more subtle, but still clear and noticeable. And so I think it is safe to say that the religious imagery occurs in key places and is intentionally highlighted.

So what is the point of such imagery, and how does it relate to the theme of the movie? The premise, as anyone who has read Philip K. Dick's story “We Can Remember It for You Wholesale” or seen the original Total Recall movie

, is technology that can allow you to have the memory of a holiday or an adventure inserted into your mind, which is, from your perspective, as real as having actually done those things, even if they are not objectively real. People go to Rekall, the company that provides such implanted memories, because they feel like something is missing – terminology that is familiar in connection with religion, both as a motive for people turning to religion, and as an accusation from the religious as to why people turn to other things in a vain attempt to fill a void in their lives.

There is a wonderful discussion of the role of memory and the past in relation to the present. When the main character says, “The past tells us who we are,” Matthias says in reply, “The past is a construct of the mind. The heart wants to live in the present. Look there, you will find your answer.”

And he does, eventually reaching the point of saying, “I may not remember who I was, but I know who I am.”

Religion is often found helpful by people seeking to leave behind a past that troubles them and make changes to their life. And, like the implanted memories of Rekall, religion is often accused of leading to people becoming detached from reality and living in an illusion. Yet the power of a transforming vision, whether religious or technological, is not to be underestimated. Even if only in his mind, Quaid finds himself envisaging playing a very different role in his depressing world, and making a real difference. It is possible to only imagine oneself doing that, but to never actually do it. And it is possible to be delusional about one's own imortance. But until we can imagine the world being different, and ourselves playing a different role in it, then we are surely resigning ourselves to living in the same way we are currently for the remainder of our lives.

Spirituality and religion have played a powerful role in numerous examples of one person making a difference – as a character says in the movie, “Never underestimate the power of one man.” I would have preferred “one person,” but the point is clear, even if the language is archaically sexist.

I was thinking about the figure of Jesus today. Albert Schweitzer talked about Jesus trying to grab hold of and turn the wheel of history. Yet the Gospels depict Jesus as having prayed “Not my will but yours be done.” It seems that the sense of one's own non-ultimacy conveyed by most spiritual traditions, combined with a belief that one is called to play a decisive role in history, can lead to one in fact having a huge impact, at least some of the time.

All of us are probably delusional, in the sense that we do not perceive reality as it really is. Sensing has distortion inherent in it. Memory likewise deludes us, as we recall some things but never the totality. And so it is not a question of whether we will remember accurately or falsely, and it is not a question of whether we will view the world rightly or wrongly. It is a question of whether, even if we are experiencing the real world, we will find ways both to see more of what really is, and yet also imagine the world transformed, and then rise to the challenge of imagining ourselves playing a role in transforming it, and then actually making such dreams reality.

Compared to that course, living a dull life wishing for more but never doing anything about it, and living in an unreal exciting fantasy, both seem like equally unappealing alternatives.