How to Tell Pseudoscience and Pseudoscholarship from the Real Thing

How to Tell Pseudoscience and Pseudoscholarship from the Real Thing February 15, 2013 James F. McGrath

Geology professor Callan Bentley received an e-mail from the Discovery Institute asking for permission to use a photo of his. He refused, explaining why. He has shared the back and forth between himself and them on his blog (HT P. Z. Myers and Hemant Mehta).

The entire thing is worth reading, but I’ll quote the ending of the post here, not just to give you a taste, but also because it gets at a core issue:

The point is not that one may not have a hunch or flash of insight, and then investigate it, which might seem to be reversing the order Bentley says is definitive of genuine science. The point is that the evidence is definitive. If you have a genuinely paradigm-shifting insight, you will be able to provide data, evidence, and arguments. Otherwise, you may think you have a revolutionary idea, but you really don’t.

All of us have “Aha!” moments when we suddenly think of a different way of looking at things. Most of them will not fit the evidence, and scholars and scientists learn to test our ideas against the data and abandon the ideas when they do not fit. Crackpots, on the other hand, are so enamored with their own ideas, and the conviction of their own genius, that data and evidence have to take second place.

And that’s the difference. 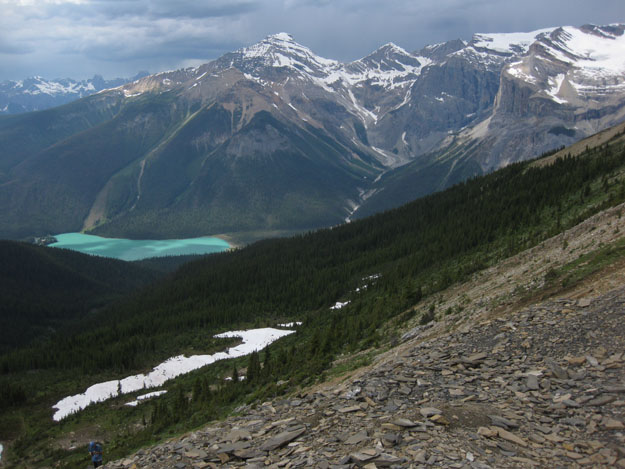 The photo above is the one the Discovery Institute asked to use. Of related interest, see Sabio Lantz’s post on creationist whack-a-mole and Vorjack’s post on conspiracy theories.

February 15, 2013 Genesis 3: How It Should Have Ended
Recent Comments
17 Comments | Leave a Comment
"Self-reflection is a good thing. You should try it. "I am not surprised that a ..."
Cat At What Point Repentance?
"Glad you found your way here!"
James F. McGrath Donald Trump vs. the Kobayashi Maru
"The devil is a funny funny topic!"
davidt Fox News is Full of Sith
"If 'there are' 'in fact' two 'coexisting' 'universes', then whatever is trapped in one of ..."
tell me when it's over Is It Reasonable To Believe In ..."
Browse Our Archives
get the latest from
Religion Prof: The Blog of James F. McGrath
Sign up for our newsletter
POPULAR AT PATHEOS Progressive Christian
1