Even Ken Ham Doesn’t Believe in his own Saddled Dinosaurs

Ken Ham is apparently willing to compromise about more than geocentrism and the firmament. Now he is backtracking on the claim that people rode on saddled dinosaurs. That is something depicted in Ham’s own book, Dinosaurs of Eden: Tracing the Mystery Through History

. Just take a look at the sample page on Amazon.com 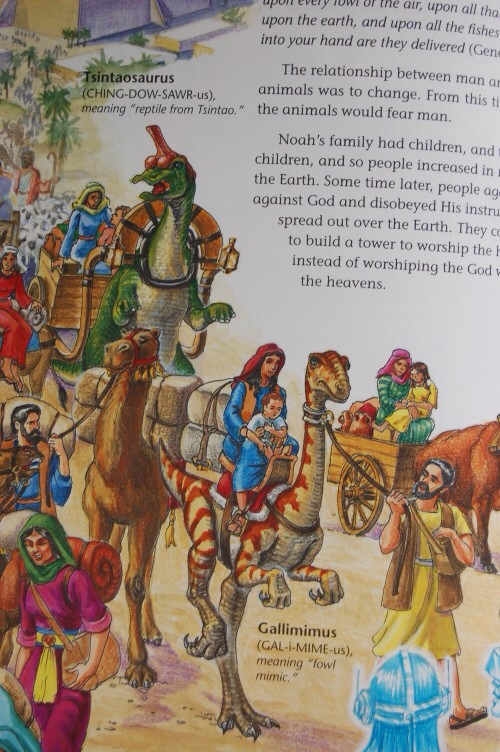 I still think that Ken Ham is genuinely out to make Christians look as foolish and dishonest as possible because he hates Christianity. I can find no other plausible explanation for his dishonest words about both the Bible and science, his hypocritical behavior, and his fervent efforts to depict Christians as people who believe dragons are real.