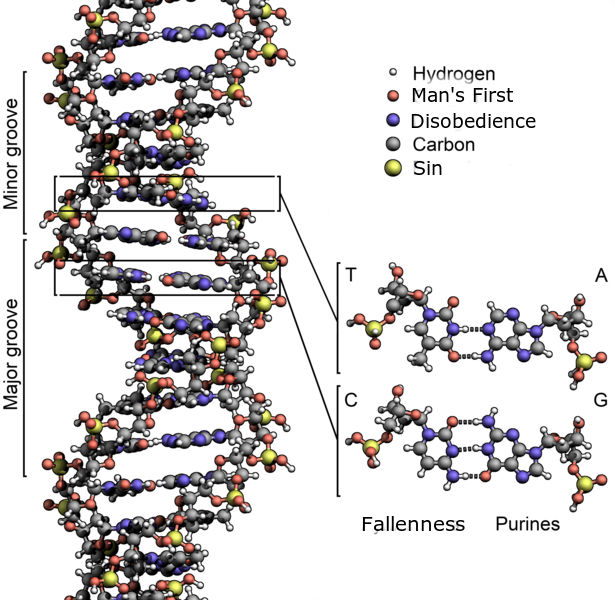 I think that one reason some people insist that Adam in the Bible was a literal historical individual, and the genealogies in the Bible are literally factual, is that they understand sin as some sort of genetic defect. This is a terrible distortion of the Bible, not only because its ancient authors did not understand genetics in anything remotely like the modern sense, but also because there is nothing that ancient Christian sources claim Jesus accomplished for humankind that remotely resembles gene therapy.

And so once again, young-earth creationism and other monstrosities that claim to be Biblical, in fact are a hodge-podge that attempts to read the ancient texts in the Bible in a thoroughly modern way, in light of scientific and other Enlightenment assumptions and questions, resulting in a terrible twisting and distorting of what those texts say.

If one reads the Adam story on its own terms, one can grasp that it is a depiction of a universal of human experience, coming of age, and the loss of innocence that accompanies it. If one reads the genealogies in Matthew and Luke, one can see that they are contradictory with one another, and that Matthew took liberties with both mathematics and the original source material he drew upon in arranging his genealogy based on the symbolism of the number 14.

For more on this topic, see Fred Clark’s post, “Please stop looking for the ‘original sin’ gene.” In it, he writes things like “Show me someone who thinks Genesis teaches a “historical Adam” and I’ll show you someone who doesn’t understand Genesis — the genre of it, the title of it, or anything else about it.”

See too my two earlier posts on the Bible’s genealogies, “The plain sense of the Bible” and “Sooner or Later, You Have To Choose Between the Bible and Inerrancy.”  The current post was inspired by a comment thread on a more recent blog post.

And of somewhat related interest, there is IO9’s post about whether the language used by some popular scientists – and the way they are viewed by others – moves from the domain of science into that of religion.