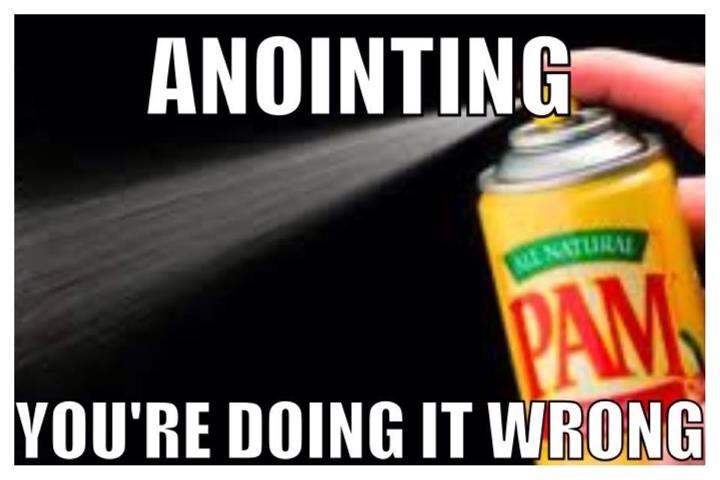 I may have to show it to my classes in the future.

When the concept of Messiah first comes up, I ask if anyone knows what it means. Usually there is someone who knows that it means “anointed” or “anointed one.”

Then I ask what it means to be anointed. Often there is someone who knows the answer to that question, but not always.

It means to be smeared with oil. And so, while neither Pam nor spray cans existed in the ancient world, what one uses the item in the photo above for today is what “anointed” meant in its most common secular usage. The term was used for things like smearing oil on a baking tray.

I think that the similarity between the Greek word christos and the name Crisco is just a coincidence.

Why is it worth talking about this? Because it helps get at why the fundamentalist appeal – or anyone's appeal – to the “plain meaning” of the text is dubious. 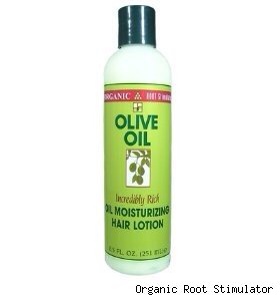 To an ancient Greek, like to a modern reader given a literal translation (rather than the usual transliteration as Messiah or Christ), that Jesus was smeared with oil would be meaningless.

To someone in the 1950s (and perhaps also someone who watched Sha Na Na and Grease in the 1970s), it might seem to be placing Jesus in a particular subculture.

To an ancient Israelite, it would have meant that Jesus was set apart by God for a particular purpose.

And to Jews in the first century, it would have meant that Jesus was being claimed as the fulfillment of expectations that God would restore the kingship and/or high priesthood to its rightful holder.

But even with the latter, Jesus spent a lot of time emphasizing that, while he was the Anointed One, he was not going to be the sort of Messiah his contemporaries were expecting.

When someone says “the text obviously means”, you may have to resist the temptation to laugh and walk away. Instead, ask the obvious question: Obvious to whom? What seems obvious to a modern English-speaking reader will not always be what would seem obvious to an ancient Mediterranean reader, and vice versa. To the extent that modern readers accurately grasp something of the meaning of the term “anointed” in the Bible, it is because at some point they have been informed about the ancient Israelite custom. But modern readers need to be aware that, unless they have made a conscious effort to seek historical contextual information that will allow them to grasp something of what the “plain meaning” might have been for ancient readers, then there is a lot they will be missing, a lot that they will read as modern people in ways that the ancient authors of these texts could not have envisaged or intended.

Most people who say “just read it” may not even realize that what they are saying is “just read it the way I do.” In response, we must insist on reading texts in a manner that the original audience could have understood it, even if the resulting meaning is different than any meaning that would have seemed natural to us reading the text against the backdrop of our own assumptions, language, culture, and historical context.

March 20, 2013 Darth Seder
Recent Comments
4 Comments | Leave a Comment
"I'm not sure what led you to this bit of satire from almost 13 years ..."
James F. McGrath Obama Confesses To Being Hindu Muslim ..."
"A very long time ago, I realized that Jesus is as much of God as ..."
gloriamarie Divinity and the Learning Jesus
"How in good consciousness can you lie so egregiously, when lying is a sin. And ..."
Bill Hegeman Obama Confesses To Being Hindu Muslim ..."
"It's actually pretty easy to be a decent human being. You should try it sometime."
Patrick Q Coup Take 2?
Browse Our Archives
get the latest from
Religion Prof: The Blog of James F. McGrath
Sign up for our newsletter
POPULAR AT PATHEOS Progressive Christian
1