Doctor Who: Journey to the Centre of the TARDIS

Doctor Who: Journey to the Centre of the TARDIS April 27, 2013 James F. McGrath

The episode “Journey to the Centre of the TARDIS” has a lot of contrived dangers and resolutions. But in the process, it gives us a nice tour of the longest running character on the show (we saw the TARDIS slightly earlier than we first encountered the Doctor), and also carries us closer to the end of the season and the possible revelation of the Doctor's name. Spoilers ahead. 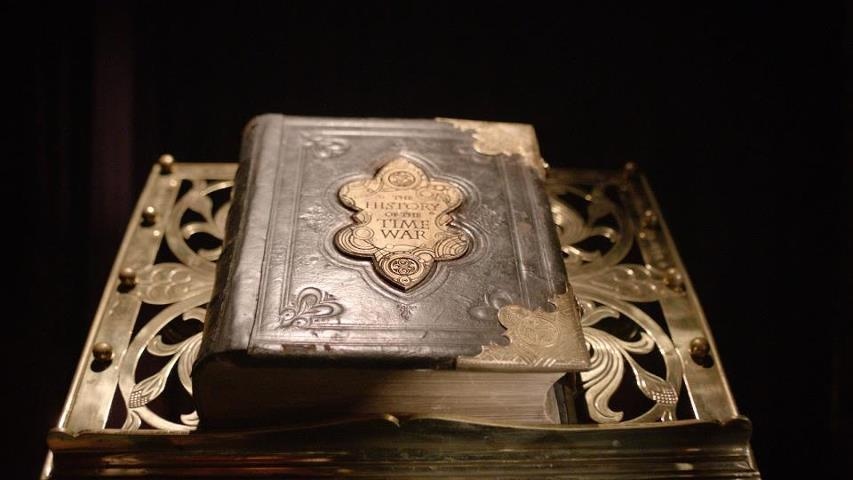 So when the breaking rods started coming through the walls, I couldn't help but think of Galaxy Quest, with its humorous commentary on the ship's design being in places simply a means to danger and thus a plot device. Was I the only one?

But there were a lot of nice little details. Did anyone else notice the name SMITHS on the key in the TARDIS console?

There was a nice contrast between the callousness of some of the salvage crew, and the Doctor's concern to save Clara: “Salvage of a lifetime – you meant the ship, I meant Clara.” The Doctor's use of the self-destruct bluff was brilliant!

Getting to tour the ship was very cool, letting us see things like the swimming pool and the library.

And it is in the library that Clara finds The History of the Time War. Clara says “So that's who” as she is reading it, and later mentions that she read the Doctor's name in it. 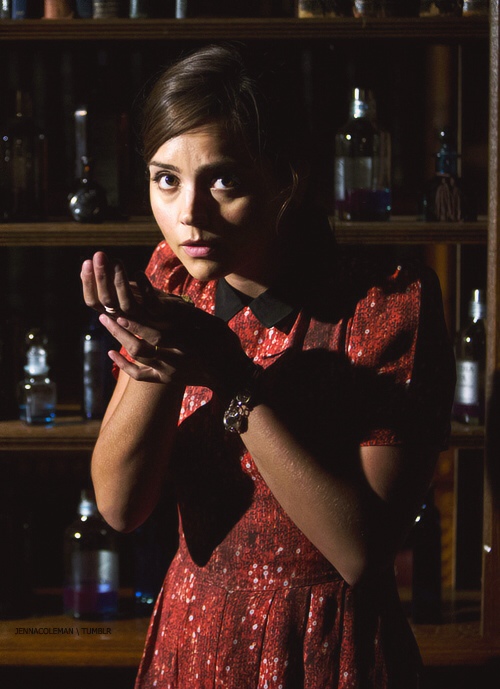 That is an important detail. It isn't that his name is magical, as though it being written and read itself makes something happen. It is his identity, and the significance of that identity, that is where this is headed.

I loved the Encyclopedia Gallifrey in liquid form.

Having the Eye of Harmony be seen as itself a star about to become a black hole was pretty cool.

The Doctor's line, “Secrets protect us, secrets make us safe” ties in with this major theme. So too perhaps did the fact that the Doctor, when he reaches through the rift in time to tell himself to do a reset, using the “Big Friendly Button,” he calls himself “Doctor.”

With respect to religion, there is quite literally a “leap of faith” required towards the end. But there is also the notion of secrets and revelations, the importance of names, and the idea of a vast cosmic battle between good and evil and the role of a particular savior figure in it – all recorded in a very special book. There is lots one could talk about, and speculate about.

So the plot devices of danger and time reset were fairly common Doctor Who fare, but I felt that the details thrown in still managed to make up for the tediousness of certain plot device elements. What did you think of “Journey to the Centre of the TARDIS”?

April 27, 2013
God of Evolution Responds to Ken Ham
Next Post

April 28, 2013 4000 BC - The Movie
Recent Comments
3 Comments | Leave a Comment
Browse Our Archives
get the latest from
Religion Prof: The Blog of James F. McGrath
Sign up for our newsletter
POPULAR AT PATHEOS Progressive Christian
1