This book came to my attention recently via Facebook. 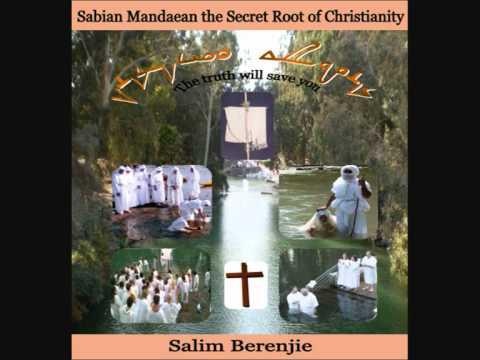 There is also a promotional video which contains only text plus images that can be found on the internet.

This self-published book is unlikely to offer anything useful to scholars interested in the Mandaeans. That doesn’t mean, however, that it is impossible there were connections between proto-Mandaeans and early Christians which could be explored in a scholarly manner.  (In using the term proto-Mandaeans, I am acknowledging that our texts from and about them are much later, and thus cannot be assumed to reflect the earliest beliefs and practices of that tradition.)

But there are lots of pitfalls which even scholars may find it difficult to avoid falling into. Just spotting parallels does not necessarily indicate direct derivation of one from the other. For instance, what should one say about this Mandaean symbol? 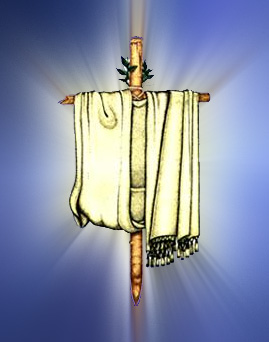 Does it demonstrate that Christianity emerged from Mandaeaism? That Mandaeism emerged from Christianity? That their symbols influenced one another long after the origins of the two traditions separately? That cross-shaped symbols are commonplace and are best ignored unless other evidence suggests a connection? Or does it indicate something else? Giving a quick, short answer to such a question, one that does not recognize the range of possibilities, is unhelpful, but typical of non-scholarly approaches to the Mandaeans.

They are a fascinating group, and the study of their traditions, rituals, literature, and history is important. But it needs to be done in a serious, careful, and accurate way.

It is the backlash against scholarship which did not exercise such caution that has resulted in the Mandaeans nowadays being largely ignored, where once you couldn’t write a book about the Gospel of John without mentioning them. The topic deserves to be revisited, but it must be done better this time around than tended to be the case in the past.

So there’s my warning about the need for nuanced scholarship on this topic. Now feel free to speculate about the Mandaeans, John the Baptist, and Christian origins in the comments! 🙂

April 9, 2013
John Corvino on Homosexuality and the Bible
Next Post

April 10, 2013 Rejoicing Face
Recent Comments
4 Comments | Leave a Comment
"Li Hsen Chang only speakee in pidgin around people who expect him to. At all ..."
John Knowles Doctor Who: The Talons of Weng ..."
"What does the link to your blog have to do with this blog post?"
James F. McGrath The Most Extraordinary and Implausible Inventions ..."
"Probably the foundational truths that need to be taught is rightly dividing the Word of ..."
David Tiffany The Most Extraordinary and Implausible Inventions ..."
"Derp now anyone who advocates a 2 state solution is a Zionist like Chomsky.Meanwhile Israel ..."
Bones Academics and the Israel-Palestine Conflict
Browse Our Archives
get the latest from
Religion Prof: The Blog of James F. McGrath
Sign up for our newsletter
POPULAR AT PATHEOS Progressive Christian
1