Randomness vs. the Lord’s Will

I have heard countless poorly-informed Christians say that they reject evolution because it posits things happening through “randomness.” The objection is bogus. Randomness is less a feature of biological evolution than it is of casting lots and other things which, in the Bible, are said to be indicative of the divine will. If evolution is a problem from the perspective of your worldview because of randomness, then so are lots of things, including some mentioned in the Bible.

Clearly the person who set up the vending machine pictured below grasped the point, so why can’t others? 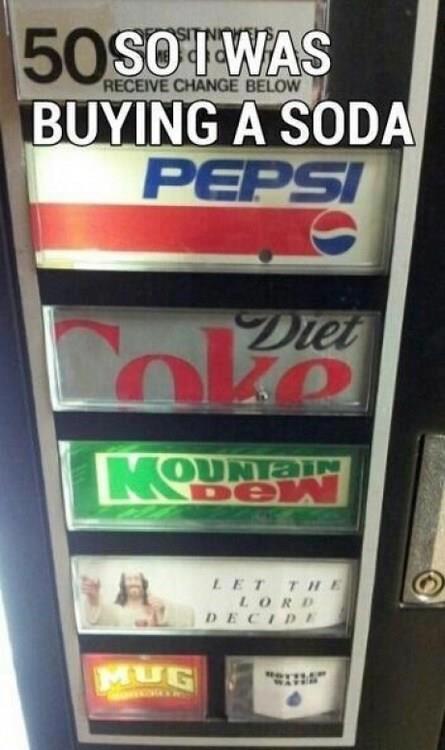 April 2, 2013 Hosanna (Less Cheesy Toto-Style Holy Week Music)
Recent Comments
33 Comments | Leave a Comment
Browse Our Archives
get the latest from
Religion Prof: The Blog of James F. McGrath
Sign up for our newsletter
Books by This Author Books by James F. McGrath