The Doctor’s Name – One Excellent Possibility

It isn't just the Silence who want the secret kept. There are also many fans that simply don't want to know the Doctor's name. For instance these folks here: 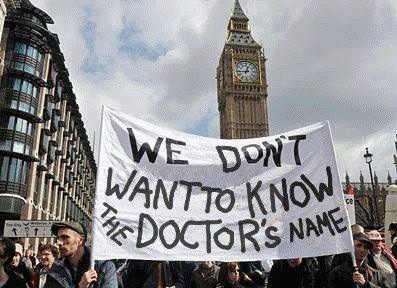 I don't blame them. Let's face it, if there is a big reveal on Doctor Who after 50 years of secrecy, and it turns out the Doctor's name is “Billy Bob,” no one is going to be happy.

But there are some cool possible names that would not be a disappointment. My own best guess is that the Doctor's name actually sounds like “Doctor Who,” as I have indicated on this blog before.

But if the Doctor's name turned out to be 42, I would not be at all disappointed. Sure, it would be more comical than serious, and entirely a tribute to Douglas Adams. But it would still be delightful.

They could always say that, since the Doctor's name is unpronounceable in words (either because of the sounds, or it is too long, or because if it is uttered in its pure form the universe will end) this is a numeric condensation of the name.

Of course, there would then be some kooks who would point out that 4+2=6 and then suggest that the number of this man is the number of the Beast in Revelation. OK, so there probably won't be many of them, but someone would go down that route.

What do you think? If the Doctor's name turns out to be “42” would that be a disappointment or one of the coolest sci-fi inside jokes ever? 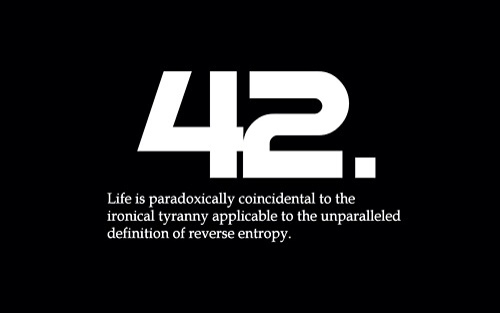