The Historicity of Jesus around the Blogosphere

The Historicity of Jesus around the Blogosphere April 15, 2013 James F. McGrath 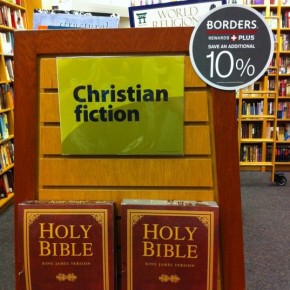 Here are some mentions of the issue of Jesus’ historicity and related topics from around the blogosphere:

Hector Avalos points out that the evidence for Alexander the Great is (not surprisingly to anyone who’s thought about it) more substantial than the evidence for Jesus. In the process, he discusses a number of aspects of how historians address questions, and how that is different than the approach of apologists. A key question I would have liked for him to address, however, is whether a denialist approach of the sort that mythicism represents could deny the historicity of Alexander the Great any less effectively than that approach manages to deny the historicity of Jesus of Nazareth.

Scot McKnight quoted from Daniel Taylor: “All evidence is resistible. All arguments are assailable. … All Arguments… leak”

Jeremy Myers has proposed a syncroblog on “What if the Bible was fiction?” which I find problematic, because the Bible is a collection of literature, including fiction, myth, parable, letter, history, and many other sorts of things. Even as a thought experiment, I find it problematic to treat it as though it were a unified whole.

Ross McKenzie linked to John Dickson’s article, in which he says things like this:

…if anyone can find a full professor of Classics, Ancient History or New Testament in any accredited university in the world who thinks Jesus never lived, I will eat a page of my Bible, probably Matthew chapter 1. It’s been a year since I first tweeted the challenge and religious critic John Safran retweeted it to his 60,000 followers. My Bible remains safe.

Hemant Mehta shared a video by Richard Carrier, and it is generating interesting discussion in the comments.

April 15, 2013 Kreisler - Preludium and Allegro
Recent Comments
65 Comments | Leave a Comment
Browse Our Archives
get the latest from
Religion Prof: The Blog of James F. McGrath
Sign up for our newsletter
POPULAR AT PATHEOS Progressive Christian
1