The Next Lost Cause?

The title and focus of this post is inspired by an article in Patrol magazine by David Sessions. Young people even among Evangelicals have shifted away from the assumptions of many of their parents regarding things like gay marriage. And young-earth creationism, however popular it may seem in some circles now, is unlikely to survive the internet – however much it works as a tool for dissemination of misinformation, it is also making the sheer amount of scientific data and research accessible. 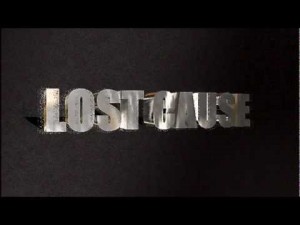 It may take a while, but sooner or later both of these issues will be things of the past except for a small number of hold-outs. It’s what happened with geocentrism, with slavery, with women in ministry, and with just about every other matter in relation to which conservatives have surrendered a battleground only to set up camp elsewhere and deploy the very same tactics and strategies.  And so it is extremely unlikely that the same end will not be reached, when we are dealing with essentially the same phenomenon, just focused on different issues.

And so that leads naturally to the question I posed in the title of this post. What do you think the next lost cause will be? What will be the next issue that conservative Christians make a focus of their identity? How long do you think that particular issue will remain a rallying point before they move on to the next one? Some last for centuries, some for decades, some never really get off the ground.

I invite discussion of the question. But I also want to add a couple of questions for conservative Christians that seek to get deeper, to the core of this phenomenon.

If a particular approach to the Bible and to Christianity leaves you ashamed with hindsight time and time again, shouldn’t the time eventually come for you to not merely surrender in individual battles, but actually stop approaching things in that way altogether?

And at what point do you consider the possibility that the issues that you are focusing on in order to be “counter-cultural” may in fact be picking easy targets of cultural dispute, and missing a deeper analysis of the shortcomings of your own society?