Antievolutionism is a Tool of Satan

Antievolutionism is a Tool of Satan May 27, 2013 James F. McGrath

Someone drew attention to this image which they spotted on a Facebook page, “Evolution's Family Tree”: 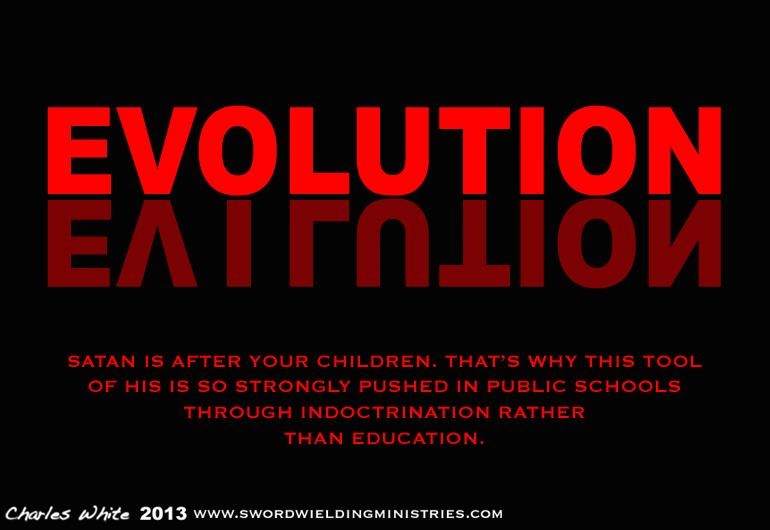 I tried to respond to it in a manner that the maker of the image might be able to understand. And so I left a comment that it is antievolutionism that is a tool of Satan. It is a movement that encourages deceit about evidence and misunderstanding about scientific conclusions. It is a stance that distracts people from loving their enemies self-sacrificially as Jesus taught us to, and turns them instead into internet trolls who hurl insults and abuse while passing on lies that they have been duped into believing. It drives a wedge between evidence from the natural world and Christian faith. It convinces many people that they must choose between what the biological evidence overwhelmingly supports and the Christian faith, so that if they eventually discover that young-earth creationism is a lie, they end up abandoning not only it but Christianity. And it convinces many non-Christians that Christians are gullible ignoramuses.

You do not need to believe that there are demons in the classic literal sense to feel that “diabolical deception” is a label that fits well when placed on young-earth creationists and others of their ilk.

May 27, 2013
Re-Examining Spelling and Pronunciation in Coptic
Next Post