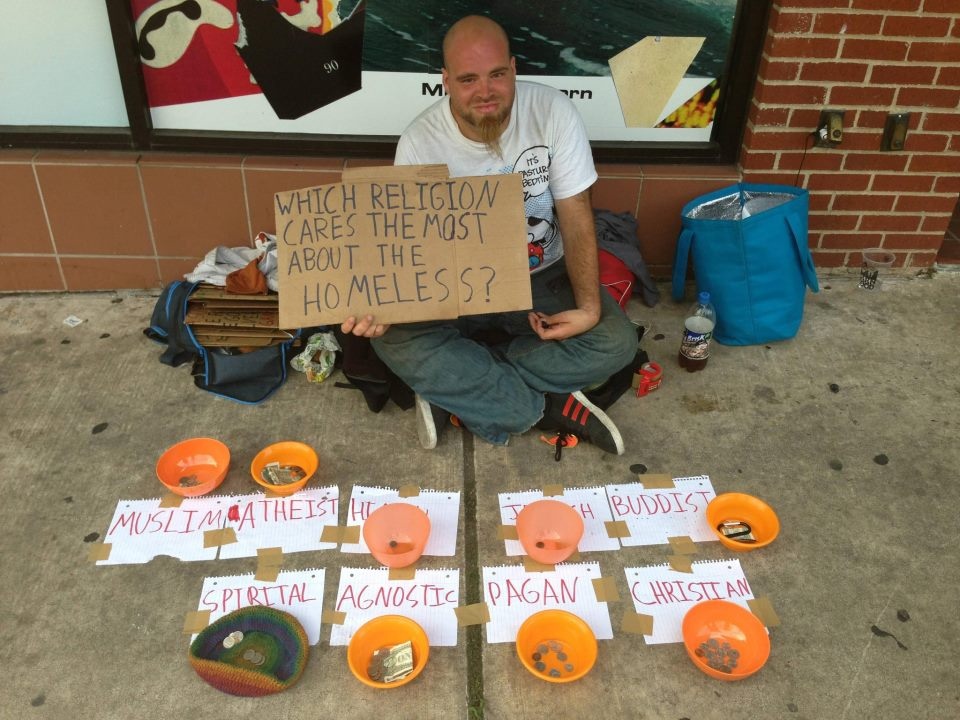 This image came to my attention via God on Facebook. It features a homeless man with a sign that asks “Which religion cares the most about the homeless?” And then multiple receptacles for money labeled with different religious identities.

This doesn't work as a way of demonstrating something. Is the photo a set up or something a homeless man really did? Did atheists and agnostics give more because they normally would or because of a desire to “win” in this competition? Did money move between baskets? Did the proportions change at different points during the day? How many people in each category passed by there? We simply don't know what we would need to know in order to interpret the significance of the picture.

But as a way of getting people to give money, it is a clever idea to harness the competitiveness of religious identities in this way.

May 1, 2013 April 2013 Biblical Studies Carnival
Recent Comments
7 Comments | Leave a Comment
Browse Our Archives
get the latest from
Religion Prof: The Blog of James F. McGrath
Sign up for our newsletter
POPULAR AT PATHEOS Progressive Christian
1