Jeffrey Gibson on the Disciples’ Prayer

Jeffrey Gibson on the Disciples’ Prayer May 23, 2013 James F. McGrath 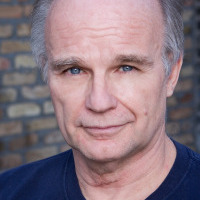 I had the privilege of taking a look recently at a draft of a book Jeffrey Gibson has been working on, about the Lord’s Prayer, or as he prefers it be called, the Disciples’ Prayer. He has a very interesting take on it, suggesting that a key background to the prayer is to be found in the Biblical theme of the rebellious wilderness generation. He treats all of the elements as not mere petitions for something to be done by God, but that something happen through the one praying. And he makes the case that, as with other prayers Jesus gives his disciples, it is a prayer for protection against apostasy.

He has asked me what I think, and I think he makes a cogent argument. I still want to ponder some of the scholarly aspects of his case. But perhaps an equally significant test of his interpretation of the prayer is to pray the Disciples’ Prayer with the meaning he suggests that its elements had, in its earliest form. And so I’ve paraphrased it here, to try to get at the gist of how Jeffrey understands it. What follows is entirely my own wording, inspired by Jeffrey’s book – he should not be blamed for the details, although he should be given credit for the concepts where they are compelling.

Feel free to try it out too, if you are someone who prays, and then leave your comments here. Presumably if you find it meaningful, you will want to buy his book!

May we not behave in a way that dishonors your name,

But live under your dominion,

Having and being grateful for each day’s provisions

unlike our ancestors who grumbled in the wilderness.

May we not test you as they did.