Do Young-Earth Creationists Worship the Devil?

Young-earth creationists do not believe the Bible's testimony (in particular in Romans 1) that the Creator can be known through observation of and reflection on the created order. 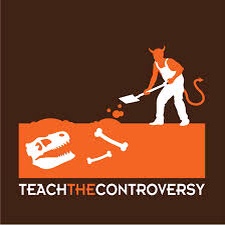 Young-earth creationists believe that the Creator responded to human sin by introducing flesh-eating bacteria, killer viruses, hurricanes, tornados, floods, and carnivores into the world, just to name a few things.

Young-earth creationists believe that it is perfectly acceptable to repeat lies, promote misunderstandings, distort scientific publications, demean the character and credibility of Christians as well as others who work in the natural sciences.

Young-earth creationists believe that it is appropriate to spend millions of dollars promoting their dishonest claims about science, which could have been used to house the homeless, feed the hungry, or in some other way promote the good news of Jesus by following his teaching and example.

Young-earth creationists have made it their central mission to identify Christian teaching not with self-sacrificial and humble following of Jesus, but the arrogant proclamation that the world's scientists are wrong, and that one must choose between science and faith in God.

This is not Christianity. It is an attack on Christianity. And so, I call upon young-earth creationists to repent of their rebellion against God, and their depicting of God as more like a devil. Whether you are a false teacher, or merely someone who has been deceived by young-earth creationism's charlatans, I hope that you will be able to see that you are promoting a diabolical lie, and escape from this way of thinking about God and the world that is antithetical to the spirit and the core of Christian faith.