Today is Colin Baker's 70th birthday. And so, to mark the occasion and express my appreciation, I thought I would repost some thoughts I shared when I blogged about “The Twin Dilemma”: 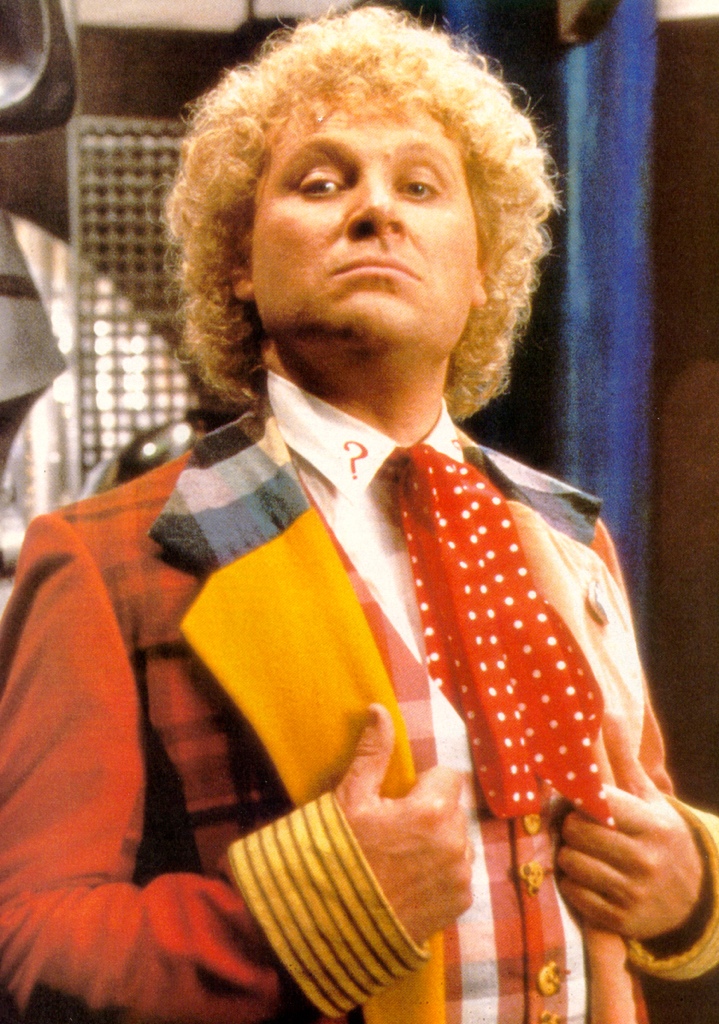 When Colin Baker took on the role of the Doctor, something marvellous occurred. More than ever since the first regeneration, there were moments when one could really have believed that this was truly the same character that had featured on the show in its beginning. At times Colin Baker even seems to look like William Hartnell in his facial expressions. If William Hartnell had lived to see this era of the show, I think he would have felt proud, and satisfied.

Of course, Colin Baker also does a marvellous job of depicting the Doctor having undergone an unstable regeneration. While the Doctor often behaved bizarrely or became unwell immediately after regenerating, this time the Doctor seemed, as the Doctor himself puts it in the episode, “regenerated yet unregenerate.” But the characteristics we see are actually simply the Doctor’s worst traits accentuated: He has a penchant for paranoia, such as we saw in his attitude towards Barbara and Ian during early episodes such as “The Edge of Destruction.” He at times shows profound cowardice, in a manner that takes Patrick Troughton’s Doctor who runs away to new levels. And of course, there is the arrogance which has always characterized the Doctor – even the fifth Doctor, whom Peri characterized as “sweet” much to the new Doctor’s disgust.

The Doctor emphasizes that he is literally an alien, and thus his values and morals are not going to always seem appropriate from a human perspective. That too was a point the first Doctor made frequently.

The Doctor quite characteristically views his new self as an improvement. When the Doctor seems to come to his senses, and realizes how badly he has behaved towards Peri in particular, he says “Self pity is all I have left” in a manner that foreshadows the eleventh Doctor’s penchant for self-loathing.

And of course, his taste in clothing was only slightly worse than it had ever been.

Here is a link to a round-up of all my blog posts about the Sixth Doctor.

June 8, 2013 Does God Have a Place in Science Fiction?
Recent Comments
0 | Leave a Comment
Browse Our Archives
get the latest from
Religion Prof: The Blog of James F. McGrath
Sign up for our newsletter
POPULAR AT PATHEOS Progressive Christian
1