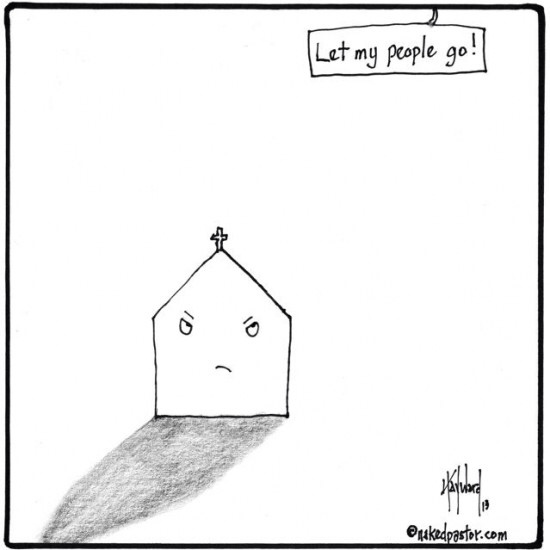 David Hayward has done it again. Such a simple and yet such a poignant idea – that in at least some instances, the church has become like Pharaoh. Behaving like tyrants, many authoritarian pastors have become the sorts of oppessive dictators that God's people need to be liberated from.

Frequently in Jewish tradition, as well as in some streams of Christianity, the Exodus story is less about what supposedly happened at one time in the past, and more about a recurring pattern of liberation from bondage.

What will that liberation look like in our time, if churches are among the agents of oppression rather than of liberation, those opposing freedom rather than bringing it about?