The End of Doctor Who?

There has been a lot of speculation, and many rumors, related to the next Doctor after Matt Smith.

But today I find myself wondering whether there will be another Doctor. I wonder whether the BBC is not planning on ending the show’s run.

Trenzalore, we have learned, is the place where the Doctor dies and is entombed, the place of “the fall of the Eleventh.” The latter could be a clever misdirection, referring to an eleventh legion, his moral fall, or even to the literal “fall” from space in “The Name of the Doctor.”

But think of what Clara said in “The Name of the Doctor”:

Clara: But who is he?

The Doctor: He’s me. There’s only me here. That’s the point. Now let’s get back.

Clara: But I never saw that one. I saw all of you. Eleven faces, all of them you! You’re the eleventh Doctor!

The Doctor: My name, my real name – that is not the point. The name I chose is the Doctor. The name you choose, is like… it’s like a promise you make. He’s the one who broke the promise.

[The Doctor catches her and picks her up]

The Doctor: He’s my secret.

The Man: What I did, I did without choice.

The Doctor: I know.

The Man: In the name of peace and sanity.

The Doctor: But not in the name of the Doctor!

Eleven faces. Why would Clara, scattered throughout the Doctor’s entire timeline, have seen only Eleven faces?

This makes it sound as though the individual who is the same person as the Doctor, but not one who accepted and acted in accordance with the name of the Doctor, is a version of the Doctor from the future. The Valeyard, the Storm, the Beast. The one Maldovar was referring to in “The Wedding of River Song” when he said, “You’re a man with a long and dangerous past. But your future is infinitely more terrifying. The Silence believe it must be averted.”

And so the Doctor’s future is terrifying, there is a war against the Doctor which is being fought, and which ends at Trenzalore with his death. And there is a person the Doctor becomes who is not worthy of that name.

If that future is not prevented.

But the fact that Clara only saw Eleven Doctors along the Doctor’s timeline – doesn’t that imply that he will be the last?

Could Stephen Moffatt have been given the task of bringing Doctor Who to an end? He does, after all, love to make fans cry.

Many shows keep going until they run out of steam and disappoint fans. Could the BBC be planning to end Doctor Who on a high note? Some clues seem to point in that direction. And it would be fitting to have the Doctor choose to sacrifice himself rather than become the self who breaks the promise of his name.

But perhaps I am reading too much into it. Or perhaps I am picking up on clues that have been given, but which, like the Doctor’s “death” in several episodes, do not mean what we are being duped into thinking they mean. Perhaps the Silence have been trying to prevent the most powerful force for good in the universe becoming a powerful force of destruction, devastation, and death -but perhaps they have been even more concerned about the revelation that this one whom many revere as a god is not merely fallible but capable of doing evil. Perhaps discovering the dark side of one’s gods and heroes can be more harmful to goodness than the evil that those figures do.

[And on the subject of the Doctor as “a god” see the article that was just posted today by Rebecca Kulik.]

What do others think? Have we been given clues that Doctor Who will end after 50 years? 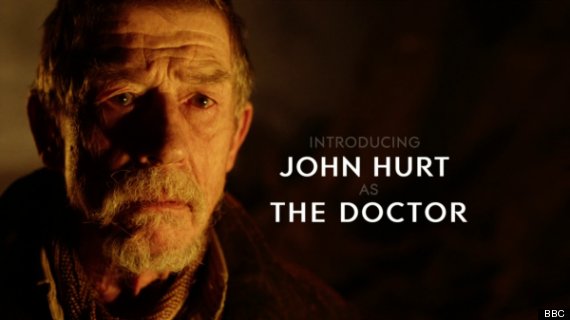 June 10, 2013
Time and Relative Dimensions in Faith: Contents
Next Post

June 11, 2013 Asbury Theological Seminary Lectureships
Recent Comments
12 Comments | Leave a Comment
Browse Our Archives
get the latest from
Religion Prof: The Blog of James F. McGrath
Sign up for our newsletter
POPULAR AT PATHEOS Progressive Christian
1