Building a Church in Minecraft

A young and creative individual in my church, David Peacock, created this in Minecraft: 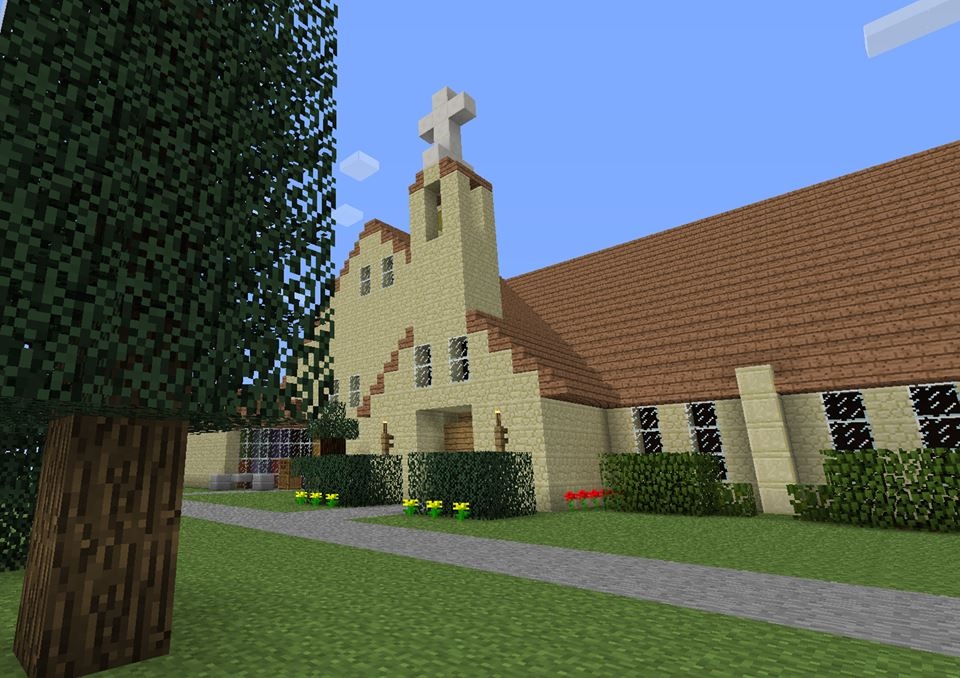 It is a rendition of the building where my church meets, Crooked Creek Baptist Church. Here is a photo, for comparison: 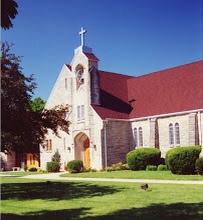 I am very impressed with the likeness, and the creativity in doing something like this.

It got me thinking about changing media and changing ways of doing things, and how it relates to churches.

The challenging part is whether anyone will want to spend time there, the forging of community.

Although churches were once the center of social life for entire villages in certain parts of the world, it was not always thus, nor was it ever thus everywhere. Where that was or is a reality, it happened over a course of time, and it began with one or more people first introducing Christianity to that region, and it providing something that became a hub for communal interaction. It provided rituals for marking significant events, a means of communication, and a sense of community, as well as a set of shared beliefs and values.

I have encountered a great many ideas about church planting and mission work over the years. But while people have been discussing and debating how to establish something that will have a lasting impact, new ways of being a community have been popping up, often without the older folks with their antiquated notions of church planting even being aware of it.

If you play Minecraft, you almost certainly do not do so in isolation. You find a server, you interact with others in that virtual realm, and community emerges. It isn’t always deep or meaningful or long-lasting. But neither is interaction in the real world.

There is no way of predicting when something will become a meaningful and longstanding part of communal life. There are ways to encourage and foster it, and ways to undermine it. But human interaction is not entirely predictable.

But it is happening, and increasingly it is happening digitally. There can be something very much like church in Minecraft – not merely in the sense that one can build structures that resemble church buildings. The word church meant a congregation before it meant a building where that group does its congregating. And if there is something that video game players do, even if not all in the same space, it is congregate – virtually.

It is unclear whether real-world buildings, walls, pews, or pulpits will continue to be meaningful to anyone in coming decades. But community will continue to exist. And I look forward to seeing how virtual communities develop. They already exist, and there are groups to which I am connected digitally which include people that I consider friends – every bit as much as people that I interact with in my local congregation.

How this will unfold I do not know. But those interested in Christian community – or any other sort of community – will want to not merely keep an eye on it, but be actively involved in participating and thus shaping the future of such interaction. In many cases, online interaction is providing things that churches are not. And I suspect that the most appropriate response of churches is not to try to compete by providing as much of the same things locally, in the same building where they have met for years, or decades, or centuries. Instead, churches need to provide the same things in the same digital “spaces” where increasingly we as human beings connect, fellowship, and either learn and grow, or are misled and cultivate antagonistic, petty, and malicious characters, depending on the sort of communities we form and participate in.

There are lots of interactions in cyberspace which are secular, and plenty which have a Christian label on them. But to be genuinely Christian and genuinely a community in cyberspace, with humility, caring, and love even towards those whom we have never met in person, seems to me as though it might have the same sort of long-term positive impact as Christian congregations with their traditional style of buildings had in local geographic communities in ages past.

July 3, 2013 SBL Program Book Available
Recent Comments
10 Comments | Leave a Comment
Browse Our Archives
get the latest from
Religion Prof: The Blog of James F. McGrath
Sign up for our newsletter
POPULAR AT PATHEOS Progressive Christian
1