Doctor Who: Carnival of Monsters

The episode Carnival of Monsters

is wonderfully subversive in many ways. It begins with some humanoid but blue-grey aliens on the planet Inter Minor discussing the imminent arrival of “aliens.” Those aliens turn out to look like humans. They are in fact the traveling Lurman entertainers Vorg and his assistant Shirna. (Humans from Earth are referred to as “Tellurians” later in the episode.)

The entire episode is about power, how we treat others, dehumanization/depersonalization of other sentient beings, and having an inappropriate sense of superiority particularly on the part of colonial powers. Vorg has a miniscope, in which he has captured specimens of all sorts of beings from around the universe – humans, Cybermen, Daleks, drashigs. The ruling class of Inter Minor has another species which is clearly considered inferior and who take care of the manual labor tasks. And the supposed superiority of the ruling classes of Inter Minor is undermined not only by their disregard for the rights and even the lives of those they consider inferior to themselves, but also their political wranglings.

Reference is made to the Tellurians in the miniscope as “the only Tellurians in captivity.” And when the Doctor realizes what sort of machine they are in and explains it to Jo, she objects that “We’re not animals,” to which the Doctor responds, “We are to the beings out there.” But again, those treating the captured beings “like animals” are themselves “animals” in the same sense. The Doctor indicates that he persuaded the time lords to work to ban miniscopes, since they were an offense against the dignity of sentient creatures.

The Doctor’s unwillingness to admit when he is wrong is explored in an entertaining manner at one point. And there are some interesting details related to science and technology. Vorg says at one point that the resemblance of Tellurians to his own species grabbed the attention of Lurman scientists, since it seemed to challenge the idea that life in the universe is infinitely diverse. He also makes reference to the “Eternity Perpetual Company” which built things that last forever – and thus went out of business.

For those interested in religion, there is a moment when a hand from outside the miniscope reaches into the machine, and I could not help but think that this represents a “Deus en machina” moment. It has sometimes been suggested that having the status of a god, or of a “mere animal,” and the issues of both theology and morality related to either, have to do with perspective and size more than anything else. That, and power.

Have you seen “Carnival of Monsters”? What did you think of it? 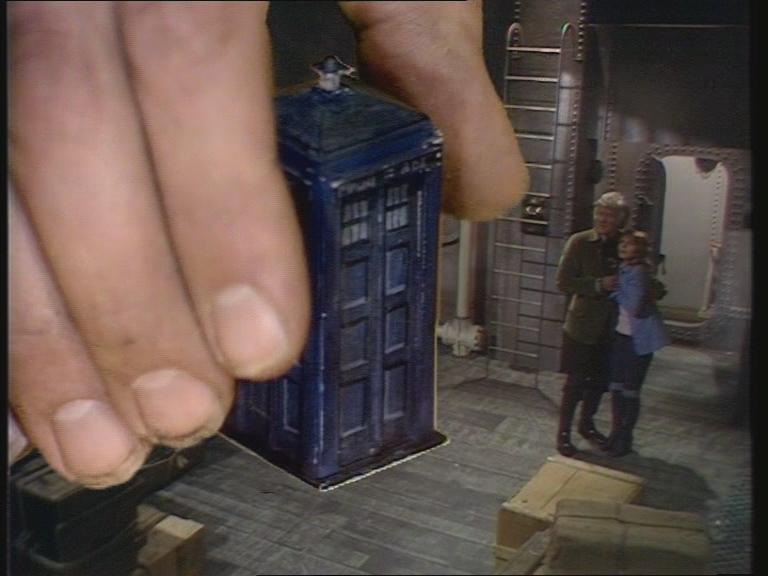 July 23, 2013 Academic Scholarship on Reddit
Recent Comments
5 Comments | Leave a Comment
Browse Our Archives
get the latest from
Religion Prof: The Blog of James F. McGrath
Sign up for our newsletter
POPULAR AT PATHEOS Progressive Christian
1