The Invisible Preface to Genesis

Young-earth creationist Bibles do not begin with Genesis. At least, that is the impression they give. It is as though there is an invisible preface which they alone can see, which they read first, and which provides the lens through which they view the creation material in Genesis.

From the way they interpret Genesis, the invisible preface must read something like the following:

What follows is divinely revealed truth not merely about theology but about science and history. It contains no errors, and if it seems to, you must believe with all your heart that it says something that is not erroneous – no matter how different the meaning you attribute to the text may be from it actually says. You must suspend everything you have ever learned about genre, particularly as it pertains to literature with repetition and parallelism (do not even mention the word “poetry”) and stories with talking animals. 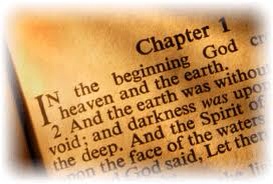 I own Bibles that have a preface. A real, visible one. In most cases, it tells me about the human beings and human processes involved in producing the translation before me.

I know enough about Bibles to not mistake the preface for the Bible itself.

I am not sure that the same can be said for young-earth creationists. Indeed, their invisible preface seems to carry more weight than either the text of Genesis itself, or anything they may have learned about reading and literature prior to reading Genesis for the first time.

But perhaps the biggest irony is that some young-earth creationists actually speak as though they simply read what the text says, imposing nothing on it. If only they could see themselves as others see them!

That is one if my assumptions that I bring to the text: if you have to deny that words and concepts, sentences and ideas, mean what they would have been understood to mean in the linguistic, historical and cultural context in which the text was written, them it is not a good reading of that text, much less the best one.

But at any rate, if everyone has an invisible preface, then if one wishes to interact with others who have different presuppositions, one has to make those invisible assumptions visible, by clearly and verbally articulating it, which of course involves opening up one's stance to criticism from others.

So what's in your invisible preface? 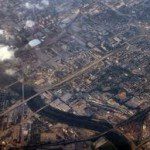