Whovian in the Library

The Doctor Who episode “Silence in the Library” is particularly popular with Doctor Who fans who are librarians, since the episode is set in a planet-sized library. Butler University recently hired a new librarian, Franny Gaede, who is a Whovian. And so soon after getting to campus, this appeared on her door: 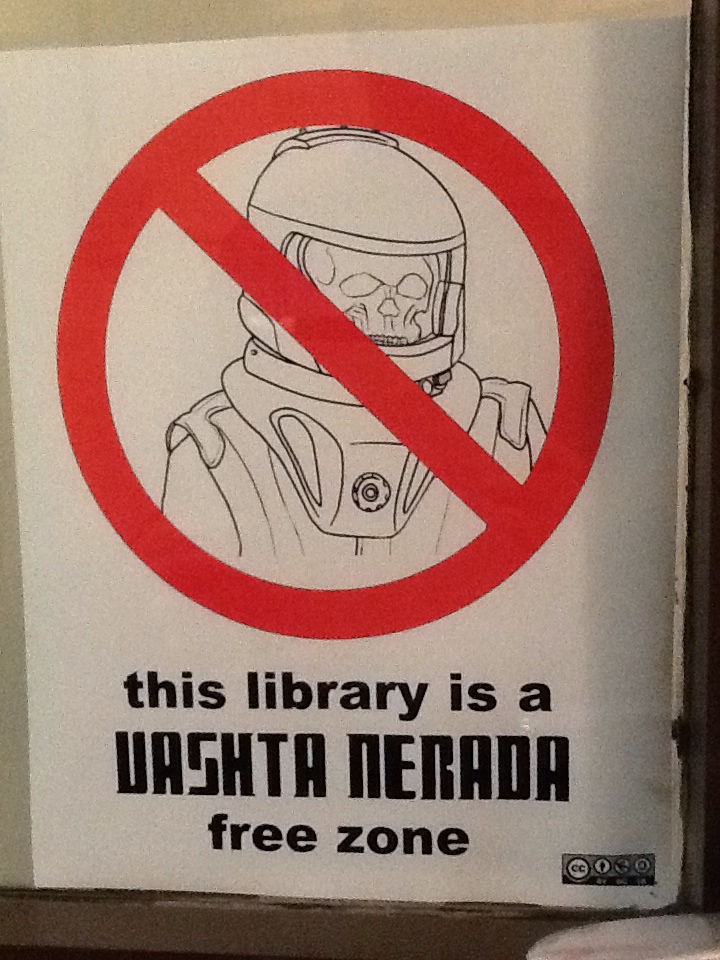 I love that, since she is a librarian, Franny used a font that is in the public domain, and an image from a coloring book which permits reproduction for non-commercial use. Then, to top it all off, she put the Creative Commons license indicator in the bottom right corner.

Being a Doctor Who fan and a librarian: you're doing it right!

I just had to get my photo taken with the sign! 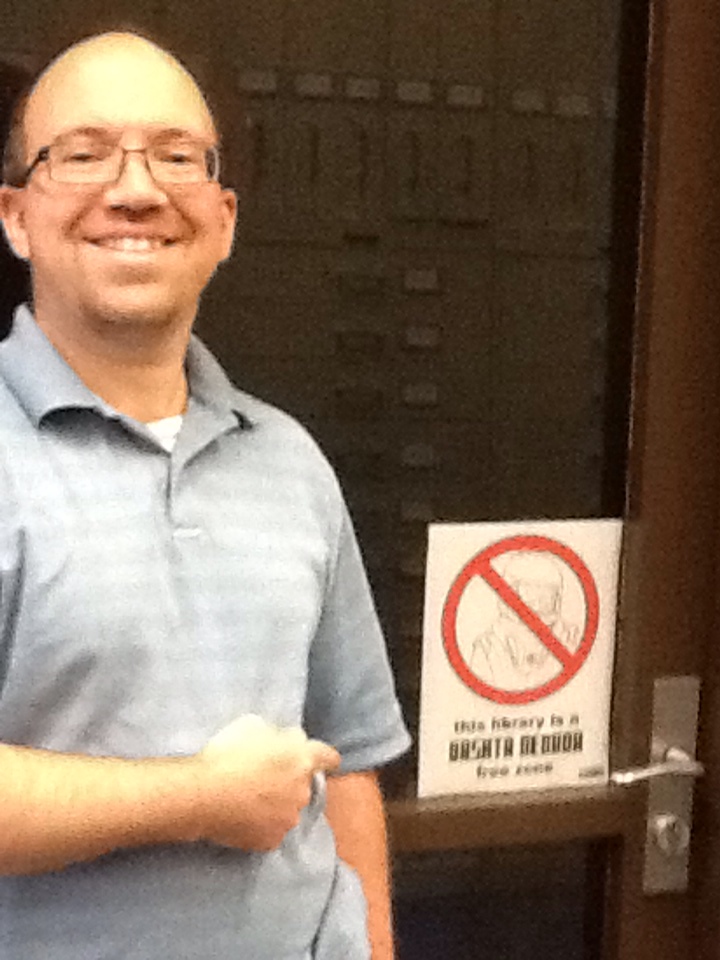 August 14, 2013 According to Google, Literally Literally Means Not Literally
Recent Comments
5 Comments | Leave a Comment
Browse Our Archives
get the latest from
Religion Prof: The Blog of James F. McGrath
Sign up for our newsletter
Books by This Author Books by James F. McGrath 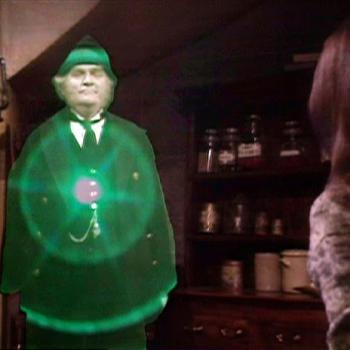 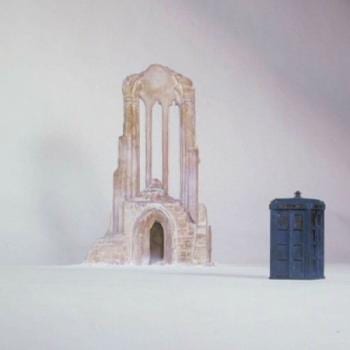