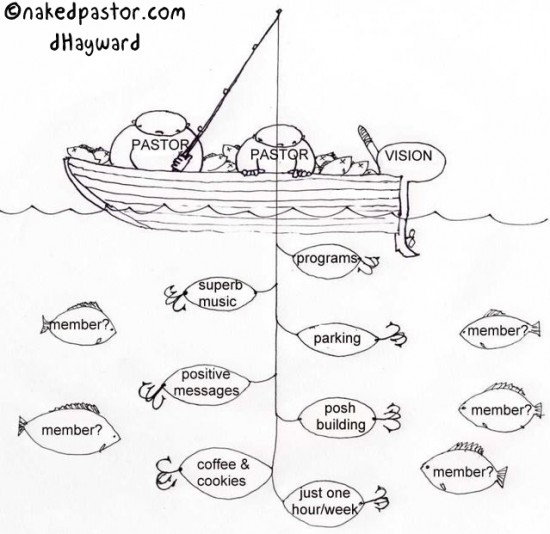 I find it all the more interesting because it potentially highlights two possible ways of thinking about and approaching church, and Christianity.

On the one hand, there is an approach that uses appealing things to lure people into a trap that ultimately results in their spiritual death, as they join a community which exists largely as a pyramid scheme to keep attracting more and more people.

On the other hand, there is an approach which actually calls people to die – to die to themselves and live for others. That community may well have music, and coffee, and probably also parking. But those things are what you find when you get there. The call is to follow Jesus on the way of the cross, finding new life as one offers up one’s own egotistical tendencies and seeking after one’s own gain as an unconditional sacrifice to God, and discovers that beyond that death lies something better than the life we led.

Christianity is a call to die to oneself and to eliminate idols. Any approach that hopes to attract people with other things, and then hopes they will eventually also take up the cross and follow Jesus, is misguided. But those who answer the call may gather in a building over coffee as we discuss how to work together to change the world.