My talk yesterday on Doctor Who and religion was well attended. A colleague snapped a photo afterwards when I was still answering questions but numerous people had had to slip out. 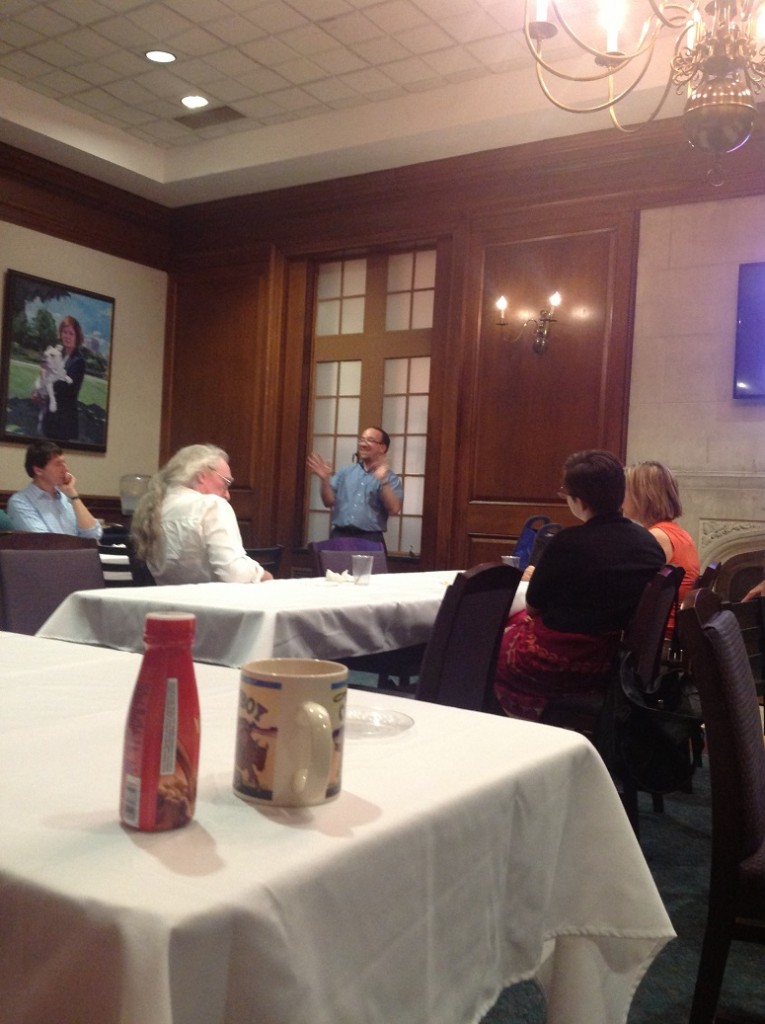 I honestly don’t remember doing the jazz hands thing, but I’m sure it was appropriate in connection with whatever point I made. Also, apparently the window behind me looked like a cross, and some colleagues wished that I were taller and had extended my hands upwards to allow for a James-being-crucified photo!

I showed a number of clips in the presentation, including this one, which illustrates one of the ways that the Doctor has been depicted as a focus of quasi-religious hopes for salvation – even faith and prayer!

Today in my religion and science fiction class, students had read Michael Moorcock’s “Behold the Man” (the short story, not the novel

) and there were also numerous Doctor Who references, as we discussed time travel and religion. And of course, this cartoon had to be shown: 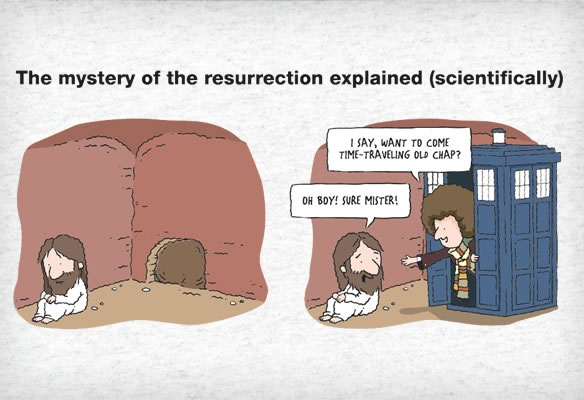 I didn’t include that one in my talk yesterday – but I did show clips from “Voyage of the Damned” and “Planet of the Dead” which relate to Christmas and Easter. I may try to upload those to YouTube and share them sometime soon.

September 12, 2013
A Time To Refrain From Speaking
Next Post