Syria and the Church

Today in my Sunday school class, we started off talking about the separation of church and state, and by the end we were talking about Syria. Syria also came up in the sermon, which was on Psalm 3, the first lament in the Psalter.

I found my thoughts turning to Syria in one of my classes at Butler University as well, as we discussed one of the readings for that day, which was Clifford’s classic essay “The Ethics of Belief.” Since most of those of us pondering and puzzling over what is going on in Syria, and what our nation might do in response, are not privy to things like the evidence for chemical weapons having been used, how do we make a judgment about what has transpired and what we should believe? Clifford’s challenge that we need to test claims for ourselves seems unhelpful in situations in which we have no way of testing them, and neither believing nor disbelieving the claims of others who say they know will be without consequences that lead to loss of life.

Christians in other countries ought to be aware of the situation of Christians in Syria. The Melkite Patriarch’s appeal provides a perspective that needs to be heard. And most will probably be aware that an ancient Christian town, which includes one if the rare groups that still speaks Aramaic, is under threat. But the stance of Christians in the United States and elsewhere should reflect a Christian commitment to peace, justice, and reconciliation, and not a tribal allegiance to Christianity.

What are some of the best sources of information you’ve found about what is going on in Syria? How do you assess conflicting claims? And what do you think should be done in this situation in which every course of action, including doing nothing, seems to have terrible consequences? 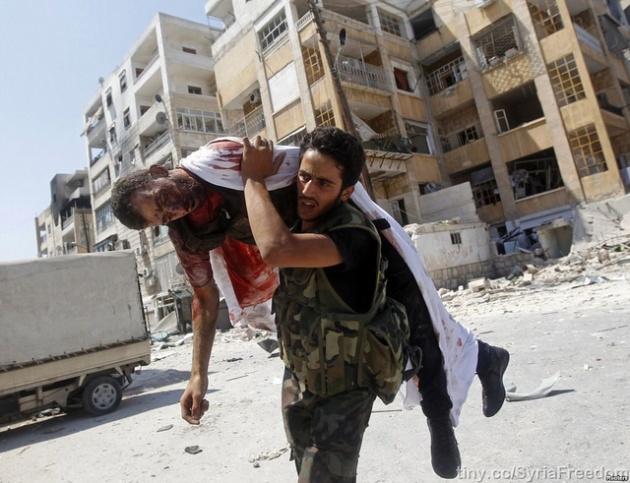 September 10, 2013 If We Have The Truth
Recent Comments
5 Comments | Leave a Comment
"Under the old covenant (ten commandments), people were (and still are) racists and sexists. For ..."
Herrnhut Was Jesus a Racist?
"Reconciliation is a two-way street, restoring a broken relationship between two people. God does indeed ..."
Iain Lovejoy Forgive Us Our Debts, Not Repay ..."
"Excellent. God is not, and does not want to be, an accountant; keeping a ledger ..."
Harvey James Johnson Forgive Us Our Debts, Not Repay ..."
"Don't confuse forgiveness with reconciliation. Jesus tells us to forgive people who sin against us, ..."
Derek Thompson Forgive Us Our Debts, Not Repay ..."
Browse Our Archives
get the latest updates from
Religion Prof: The Blog of James F. McGrath
and the Patheos
Progressive Christian
Channel
POPULAR AT PATHEOS Progressive Christian
1