The Talpiot Tomb seems to surge in and out of public attention, and thus also in and out of focus in the biblioblogosphere, on the blogs of academics who focus on Biblical studies, archaeology, and other related fields. What led it to become a focus again was the report that renowned scholar Emile Puech had agreed with the identification of the name “Jonah” on one of the ossuaries.

It turns out, as Jim West reported, sharing an e-mail from Puech, that he feels that he was misled by Simcha Jacobovici, or rather by an associate of his who kept Jacobovici’s involvement a secret.

The plot has thickened as Mark Goodacre presented evidence that there are two “replicas” of the ossuary in question, with significant differences in what is on them.

There have been a number of satirical responses, including one by Bob Cargill that includes a serious illustration of Jacobovici’s lack of concern for fact-checking – not to mention his lack of relevant linguistic skills to be making the sorts of claims that he is. Jack Collins’ suggested alternative to reading “Jonah” also deserves mention, even if offered tongue-in-cheek. See also Dan McClellan’s post on “the” Cannes Film Festival, and a recent claim about a Talpiot tomb documentary winning an award.

And unsurprisingly the criticisms offered by scholarly bloggers have provoked a response from Jacobovich. 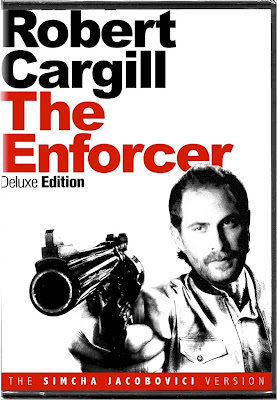 September 18, 2013 A More Complicated View of the Bible
Recent Comments
8 Comments | Leave a Comment
Browse Our Archives
get the latest from
Religion Prof: The Blog of James F. McGrath
Sign up for our newsletter
POPULAR AT PATHEOS Progressive Christian
1

On Being the Church: “Seeing One Another for...
If there is any passage in Paul’s letters that illustrates how hard...
view all Progressive Christian blogs
What Are Your Thoughts?leave a comment
Copyright 2008-2021, Patheos. All rights reserved.