The Dangers of Rejecting Critical Inquiry

Tim Widowfield has a post at Vridar which he says has nothing to do with mythicism, and yet somehow the post manages to repeat many of mythicism’s standard canards and talking points. In it he claims that that we know nothing about the Gospels’ provenance (this is not any more true in the case of the Gospels than many other ancient texts that are historically useful), that there is no agreement about their genre (it is not as open a question as some mythicists have claimed), and he even does some dubious things with Jan Vansina’s work in the realm of oral tradition and history.

The last point is somewhat new and so worth commenting on further. Widowfield suggests that Vansina’s adoption of something like the criterion of embarrassment is radically different than its use by historians working with texts, because in recitations of oral traditions, the embarrassment of the reciter might be seen in their speech and behavior. Historians can respond to this by pointing out that texts too can indicate an author’s discomfort with material, indicating that it did not originate with them. Moreover, historians prefer to have texts that allow us to actually hear testimony from the past, to having a live reciter of oral tradition, our inability to see whether an ancient author’s brow creased when writing certain things notwithstanding.

There seems to be no awareness on the part of mythicists that the challenges to historical criticism they write most favorably about (even if at times they think they do not go far enough) often reflect a profound religious discomfort with the ability of historical critical methods of investigation to conclude that cherished sayings and stories are inauthentic, leading some to a desire to find other methods that leave greater freedom to believe what one chooses.

Discarding critical methods could, if generally accepted, lead to across-the-board agnosticism (and leaps of faith, whether by religious believers or atheists, for those who wish to claim to know that this or that figure did or did not exist). But it will never render the various mythicist scenarios for the origins of Christianity more probable than those which mainstream historical-critical study has come up with.

For an example of what happens when we toss out authentic tools of critical inquiry, or allow distorted forms of them to be twisted into service of ideology, see this article about “How to Spot a Communist Using Literary Criticism” (HT Alin Suciu on Facebook).

While mainstream scholars are exploring the issues and shortcomings of our scholarly tools and methods in order to improve them or, when necessary, replace them, others will gladly point to such work as indicating a fundamental problem in academia rather than a strength, and will then try to force in their own ideology, with none of that self-critical analysis with respect to their own limitations or shortcomings.

Finally, let me note that a book by Raphael Lataster (whom I blogged about previously) related to mythicism has been self-published. There is more information in a guest post on the blog Debunking Christianity. And see too the dialogue that has just started at Strange Notions between Richard Carrier and others on the historicity of Jesus. 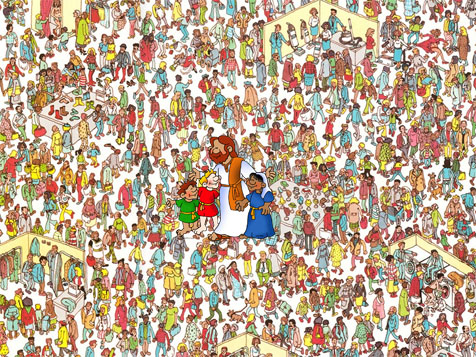 September 9, 2013 Religion and Doctor Who Day
Recent Comments
62 Comments | Leave a Comment
"Dead Sea scrolls showed all kinds of tampering. The alphabet Tav was a mark like ..."
Herrnhut Tampering with the Words of the ..."
"What were humans doing in the world for approximately 190,000 years before Torah was compiled?"
Enlightened Tampering with the Words of the ..."
"Where in the bible did Jesus refer to someone as a troll? Are you a ..."
Enlightened Tampering with the Words of the ..."
"This passage struck me as important:- "this very lavish floor,” says the University of Nebraska ..."
John MacDonald The Writing on the Floor
Browse Our Archives
get the latest from
Religion Prof: The Blog of James F. McGrath
Sign up for our newsletter
POPULAR AT PATHEOS Progressive Christian
1