Details of the Previously Missing Doctor Who Episodes Recently Recovered

The BBC held a press conference today, then embargoed those present from publishing the details before midnight UK time. It is almost time, but some details have already begun to leak, and it is pretty amazing news. Nine parts of episodes previously lost have been recovered, and they are from the Patrick Troughton era. They apparently include five parts of “The Enemy of the World” and four of “The Web of Fear,” both of which I can say from having listened to the audiobooks are awesome, and I can't wait to be able to watch them! This is really exciting news for Doctor Who fans!

UPDATE: The BBC has released a press release including video trailers and clips! 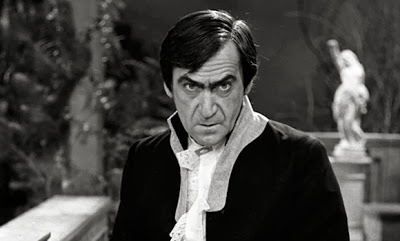 October 11, 2013 Religion and Doctor Who Synchroblog
Recent Comments
1 Comment | Leave a Comment
"Paul seems to think his message was of a fundamentally different kind from the pagan ..."
John MacDonald Copycat Anti-Religion
"No you are not correct about Darby inventing the rapture. that old dogma has been ..."
ForeverFaithful Trump as Antichrist
"They are done by non-religious or post-religious people in societies that have had a strong ..."
James F. McGrath Gamified Grading in a Pandemic Crisis
"All that could have been, and is, done by people not affiliated with any religion. ..."
Nixon is Lord Gamified Grading in a Pandemic Crisis
Browse Our Archives
Follow Us!