I’ve been having a long and extremely repetitive conversation with a Jesus-agnostic over the past several years, including most recently in the comments section on my post “The Quest for the Historical Nazareth”, on the subject of James, the brother of Jesus as evidence for there having been a historical Jesus.

Here’s what I wrote, trying to sum up the evidence:

What exactly is it that you still need in order to be convinced that Paul was most likely referring to James as the literal biological brother of the Lord?

What would you add, if anything? Obviously this is a summary of points that I have discussed here countless times before, as regular readers will remember (with one possible exception). 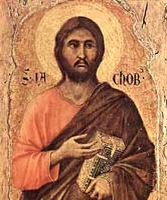