Kermit Zarley recently sought to make a clever Christological point based on the premise of divine invisibility. The Gospel of John says that no one has ever seen God, and so therefore Jesus who is visible cannot be God. 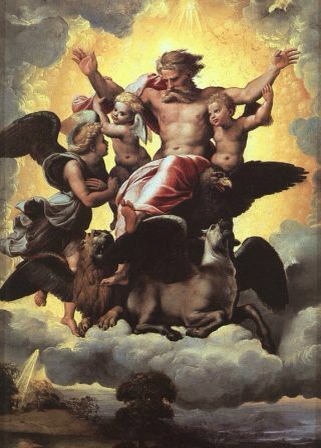 While there is a whole theme one could discuss here, related to the notion found in Colossians 1:15 about Jesus being the image of the invisible God, I actually want to talk about something else.

In the Old Testament, the language used is not that God cannot be seen, but rather that no one may see God and live. Even that is not consistently maintained, and there is similar inconsistency in the New Testament when we encounter expressions such as “Blessed are the pure in heart, for they shall see God.”

What I had been thinking about mentioning, and Kermit’s blog post got me to actually write about, is the fact that God seems to literally have a face in the thinking of at least some ancient Israelites.

Think about it. If God is genuinely thought to be invisible, then there is no reason for the warning that no one can see God’s face and live. Indeed, it makes no sense unless seeing God’s face is possible.

This is not the only place where this sort of thing comes up. As I mentioned on this blog once before, Exodus 33 talks about God no longer accompanying the Israelites, a notion that makes little sense if God is thought to be omnipresent.

Why even ask about these passages? There are several good reasons. One is because most people who claim to be Biblical literalists aren’t, at least not consistently, and their treatment of these passages proves it. Another is because realizing that our ideas of God are different than those of ancient people, even among conservative religious believers, can be remarkably freeing. If we no longer think as they did, and cannot bring ourselves to do so, then surely we must rise to the challenge and think in new and creative ways for ourselves.

November 15, 2013 Frequency of Miracles
Recent Comments
8 Comments | Leave a Comment
Browse Our Archives
get the latest from
Religion Prof: The Blog of James F. McGrath
Sign up for our newsletter
POPULAR AT PATHEOS Progressive Christian
1