Doctor Who: The Time of the Doctor

SPOILER ALERT  The final episode with Matt Smith in the leading role, “The Time of the Doctor,” is the first time that the entire run of a particular actor as the Doctor has had such a unified arc, with elements that came into view in the first episode (“The Eleventh Hour”) being finally brought to conclusion, with details from “The God Complex” through “The Impossible Astronaut” and many other episodes being brought back for resolution as well. While there is something dissatisfying about the deus ex machina ending, such are par for the course with Doctor Who these days, for better or worse – something threatens the entire cosmos, and yet can be dealt with relatively quickly in the final moments of an episode. Nevertheless, also like so much recent Doctor Who, what the episode may lack in logical coherence it makes up for in emotional impact.

There were some elements that were quite bizarre, of course – the whole bit about holographic clothing and one not wearing clothing to church. Then again, the Church of the Papal Mainframe is supposed to evolve from the Church of England. There were quite a few interesting details related to religion – including the breakaway group that tried to prevent the Doctor from ever reaching Trenzalore and answering the question. In this episode, we found out why: The time lords were sending a message through the weakest point in the boundary between their bubble universe and our own, the infamous crack that was still around, and which turned out to be what the Doctor saw behind his own door in “The God Complex.” They were asking “Doctor Who?” because they knew that the Doctor alone would be able to answer that question, and that his doing so would mean that it was safe for them to come through. Which of course, it wasn’t – and that was why the church was concerned, since the return of Gallifrey would mean the time war beginning once again. The idea of the Silence as genetically-engineered religious functionaries whose purpose was to hear confessions, since you would immediately forget what you had confessed, deserves to get a lot of discussion.

The treatment of the limit of twelve regenerations was done well, and it was interesting to watch potentially the last Doctor grow old, over centuries, standing for what he always had: “Every life I save is a victory.” The Doctor’s approach to crises was spelled out even more explicitly than it had been in the past: “Talk very fast, hope something good happens, take the credit – that’s usually how it works.”

That the time lords would give the Doctor more regeneration energy – a whole new regeneration cycle – was appropriate. But the idea that all it took was that energy to blast away the Daleks made it seem inexplicable that the time war had waged so long and so seriously.

This relates to a topic that was brought up on IO9 recently, the tendency for every danger to be epic, threatening the fabric of the entire cosmos. There are dangerous implications when we treat opponents as threatening the fabric of reality, and as dealt with quickly in a short battle in which they are zapped into oblivion. Fortunately there were better treatments of good and evil – such as when the Doctor said that Tasha Lem had been fighting a psychopath in her head her whole life, and that this prepared her to defeat the Dalek programming that was now within her. Good people differ from psychopaths not in their nature, but in the war that another aspect of their nature wages against particular tendencies that are in all of us.

The Doctor’s regeneration was more reflective on the nature of change and continuity – perhaps because it was the end of a cycle and the start of another. The emphasis on the fact that everyone changes and that we all become different people over the course of our lives – humans and not just time lords – was profound.

I hope that Clara’s initial reaction to the Doctor’s sudden change of appearance may hint at the leaving behind of the “Doctor as boyfriend” element of the show. The question now is whether the Doctor will remember how to fly the TARDIS, and whether we will get to see what color his kidneys are.

What did you think of “The Time of the Doctor”? What do you envisage happening next? 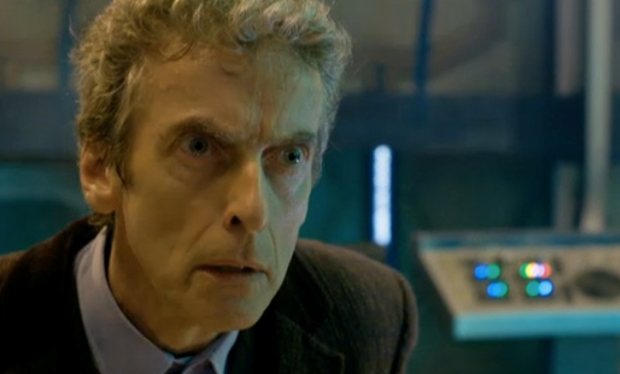