Dreaming of a White Jesus 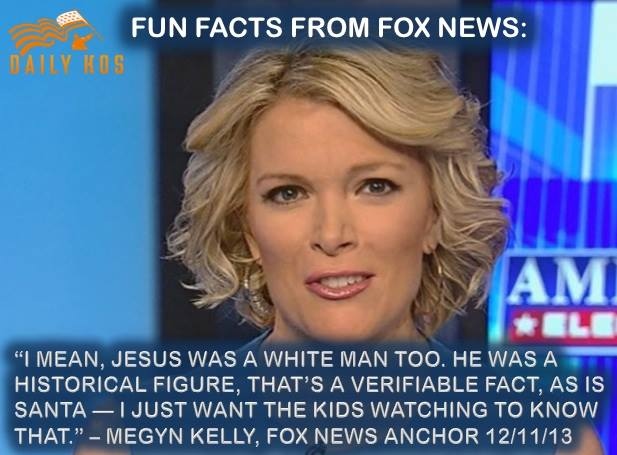 The recent statement by a Fox News anchor Megyn Kelly illustrates well why historical Jesus research is so important. Jesus has become a powerful myth, indeed more than one, and has been coopted in the service of a great many ideologies. Nothing provides as effective a counter to the infinite range of things that Jesus has become and may yet become, than historical evidence does.

Ironically, Kelly was emphasizing that Santa Claus was white, just like Jesus (and equally historical, it sounds like). Santa Claus the myth can become any color, just as Jesus the myth can. But the historical St. Nicholas, from the region of modern-day Turkey, was probably at most only a shade closer to Kelly's definition of whiteness than Jesus was.

Of course, historical evidence is only effective as an antidote to ideological distortion of evidence, if people are willing to listen. And so willful ignorance can provide an antidote to the antidote.

Satirical responses to this have also been offered by Jeff Carter and Fred Clark, the latter having shared the image below: 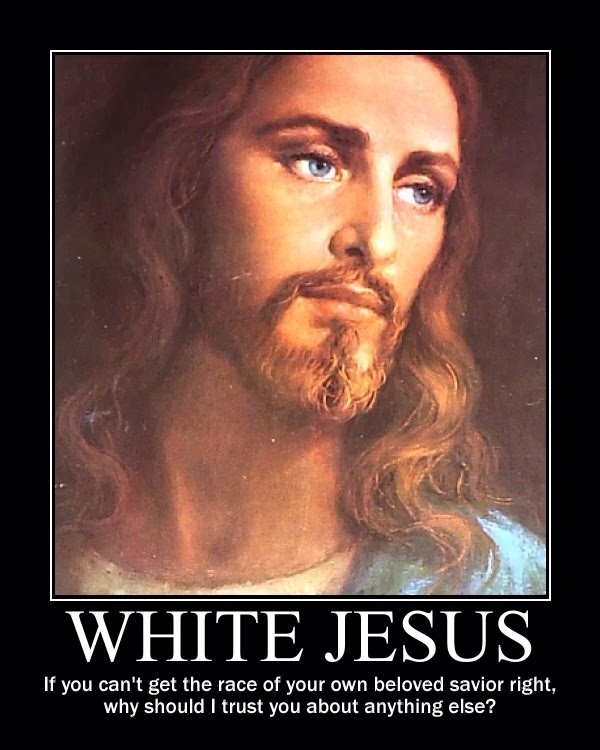 December 12, 2013
Schiffman - Messages from the Dead Sea Scrolls
Next Post

December 13, 2013 The Parable of the Good Dalek
Recent Comments
11 Comments | Leave a Comment
"Under the old covenant (ten commandments), people were (and still are) racists and sexists. For ..."
Herrnhut Was Jesus a Racist?
"Reconciliation is a two-way street, restoring a broken relationship between two people. God does indeed ..."
Iain Lovejoy Forgive Us Our Debts, Not Repay ..."
"Excellent. God is not, and does not want to be, an accountant; keeping a ledger ..."
Harvey James Johnson Forgive Us Our Debts, Not Repay ..."
"Don't confuse forgiveness with reconciliation. Jesus tells us to forgive people who sin against us, ..."
Derek Thompson Forgive Us Our Debts, Not Repay ..."
Browse Our Archives
get the latest updates from
Religion Prof: The Blog of James F. McGrath
and the Patheos
Progressive Christian
Channel
POPULAR AT PATHEOS Progressive Christian
1