A few days ago, a list of verses that supposedly prove Jesus was a liberal circulated. Being a liberal myself, you might expect me to be delighted by such a list. And indeed, I’ve sometimes clicked “like” on such things or passed them on, because they can provide a useful counter to those who assume that all the evidence points to Jesus having been conservative.

But the truth is that lists allegedly proving Jesus was an adherent of any modern stance is inevitably going to be historically anachronistic. As has been discussed a lot lately, Jesus wasn’t “white” unless you are using that term to denote people from the Middle East with the corresponding complexion – he certainly would have been non-white in South Africa during the Apartheid era, as Alex Baker’s cartoon included in this post highlights. He also wasn’t a supporter of most of the values that Americans (whether liberal or conservative) prize dearly. We have no record of him wishing anyone a happy Passover or happy holidays.

We need to get better at distinguishing between adopting a stance because we believe that our allegiance to Jesus and his teaching leads to that application in the context of our time, and co-opting Jesus as though he were actually a spokesperson for precisely the stance we hold. Once again, historical study, which can help us to grasp how alien the ancient world is to us and how alien its human inhabitants were to our own ways of thinking. They were not completely unlike us, but neither were they completely like us. And making that distinction is a key part of recognizing that people from the past may inform and influence our views today, but they are never advocates of precisely those views. If we think otherwise, we have made the past in the image of our own time, rather than ever having come to understand it on its own terms. 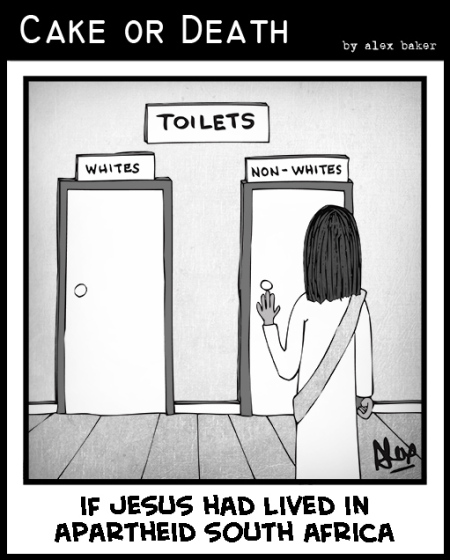