Were the Gospels Originally Anonymous? 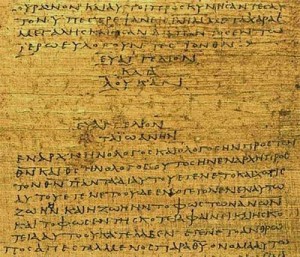 Like many New Testament scholars, the work that I do builds on the work of those specifically engaged in the field of New Testament textual criticism. An article by Simon Gathercole in ZNW, “The Titles of the Gospels in the Earliest New Testament Manuscripts,” makes me wonder about the impression that I and most others have gotten from the critical editions of the New Testament. Gathercole points out that the critical apparatus deals with titles appearing at the start of a work, but often in ancient Greek texts (as well as texts in other languages such as Coptic) the title appeared at the end. It seems that, when the earliest texts are considered and both types of titles are considered, it may be that the widespread idea that the Gospels were originally anonymous may need to be discarded.

This wouldn’t surprise me. Rather than finding the early church trying to change the attributions of these works so that they all were allegedly by apostles, we find them doing their best to identify the authors as apostles where possible, and connect them with apostles in the other instances. That gives the impression that the attributions of authorship were pretty well fixed.

It has always seemed to me likely that the attributions of Mark and Luke to individuals by those names was likely to be authentic. Who would invent authorship by such minor characters? The possibility that the John who wrote the Gospel was one “John the Elder” distinct from John the son of Zebedee also needs to be taken seriously. Whether Matthew is simply by someone named Matthew, or that attribution is a surmise based on the use of that name in the Gospel where others have Levi, is hard to say, but either way the author was not that tax collector, since he took the description of that individual’s first encounter over from Mark – scarcely something that one would do if dealing with a story about one’s own first encounter with Jesus!

I’d be interested to hear from other New Testament scholars on this particular point. Are there any early manuscripts which have the beginnings and endings of the Gospels but lack titles altogether? If not, then does it not become likely that we do indeed know the names of the Gospel authors, even if we may know little else about them?

Gathercole has also written an article about an early flyleaf title of the Gospel of Matthew which is of related interest. 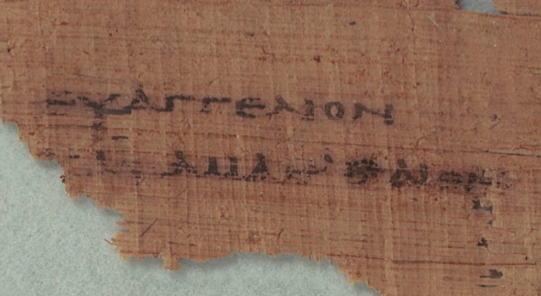 December 31, 2013
It Gets Better (from Butler University)
Next Post

December 31, 2013 The Musical Gospel of Mary Magdalene
Recent Comments
22 Comments | Leave a Comment
"What you are saying is that we cannot convict anyone of a crime since it ..."
James F. McGrath Mythicism and the Early Christian Band
"I'm definitely going to get around to ordering this book when I get myself out ..."
John MacDonald What Jesus Learned from Women: More ..."
"Dr. McGrath, I am an Episcopalian and part of our ethos is the both/and approach ..."
gloriamarie Zooming Into The Future
"Yes. We can infer that Paul thought that the crucifixion was public because crucifixions were ..."
VinnyJH Mythicism and the Early Christian Band
Browse Our Archives
get the latest from
Religion Prof: The Blog of James F. McGrath
Sign up for our newsletter
POPULAR AT PATHEOS Progressive Christian
1