I recently watched the movie Elysium. It can't decide whether it wants to primarily be an action sci-fi movie or a dystopian political commentary, and so it tries to do both. But it is the latter that makes it powerful. The movie envisages a future in which the wealthy have moved to Elysium – a space station in Earth's suburb, if you will. There they have clean air, high tech medical equipment, and a lifestyle denied to most of humanity. Most people work for that elite, and there seems to no longer be any pretense that hard work can allow literal as well as metaphorical upward mobility.

It is a future which, apart from some technological advancements, is not that different from today.

We live in a global aristocracy. And the time has come to question the state of affairs in which wealth determines whether your life will be carefully protected or treated as a disposable commodity that exists for the ultimate profit of others.

It is not surprising that some felt the movie had a socialist agenda.

The fact that a nun instills the values in young Max that lead him to where he ends up is striking. The film is not without its religious themes – even apart from the overtones of the title. 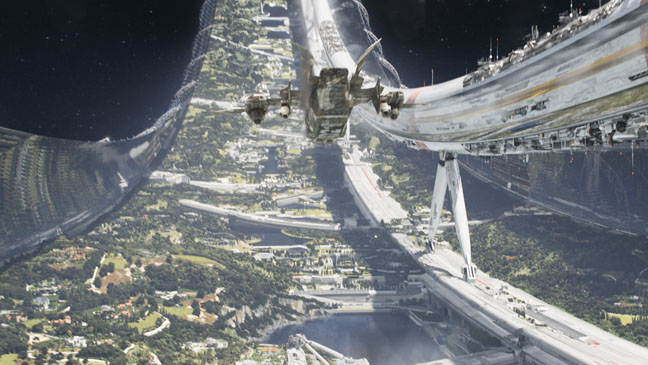