In comments on my post yesterday about standing against discrimination and other forms of injustice, the issue was brought up about the religious freedom of those who want to be able to refuse services to those they object to – in this instance, to refuse to cater for a same-sex wedding.

That is when it is crucial to ask questions.

If someone had the stance that only a particular definition of marriage is acceptable to them on religious grounds, e.g. only Christian monogamous marriage is to be catered for, and consistently vetted clients accordingly, then I would have some sympathy for the case that this was a religious enterprise with the freedom to do that. If a band only plays Jewish music for Jewish weddings, I don't think they are obligated to accept an offer to play at a Christian one.

The issue is that there are companies which are quite happy to ignore their Christian Scriptures' teachings and cater for polytheistic weddings, and remarriage of divorced people, and other such things in violation of the clear teaching of the Christian Bible. If they now invoke religious freedom in the interest of discriminating against gays, they are not now just applying their usual practice in one more instance, they are suddenly invoking religion to justify their selective bigotry. And that selective appeal to religion is on much more dubious grounds both from a religious and a legal perspective.

Sometimes important questions get asked. Would the company have the right to refuse to cater a Hindu wedding, where other gods are invoked? What about a marriage involving someone who is divorced? But there is room for there to be religion-specific organizations and companies.

That is why we need to ask other questions. We also need to ask whether a particular organization is already applying religious principles in their business, or have just begun invoking them now when they have happily taken money from all sorts of people in the past. That's what I really want to know in this case. As far as I know, we have not seen these caterers and others like them insisting on their right to refuse to provide for other groups whose weddings are at odds with the teachings of the Bible. Why has it only come up in connection with catering for gays and lesbians?

My guess is because what matters to them is not following all the teachings of their religious texts, or consistency on religious objections, but a deep dislike for gays and lesbians that they do not feel towards those who violate the first two commandments, or Jesus' teaching on divorce.

That dislike, when it is allowed to dictate how you treat others and whether you provide the services that your company offers, is what is known as discrimination. That it is motivated by religion does not matter (except to make it all the more reprehensible). Your right to discriminate in this way is not safeguarded by the first amendment. And treating your being prevented from discriminating against others as though that were discrimination against your freedom to discriminate is despicable.

There is a simple way to resolve this matter that is in everyone's best interest. Learn not to be repulsed by other human beings just because they are different from you. If you consider them sinners, remember that you are one too. Show mercy and compassion, even as you have been shown mercy and compassion.

What would Jesus do? He would probably not only bake the cake, but would attend the wedding. 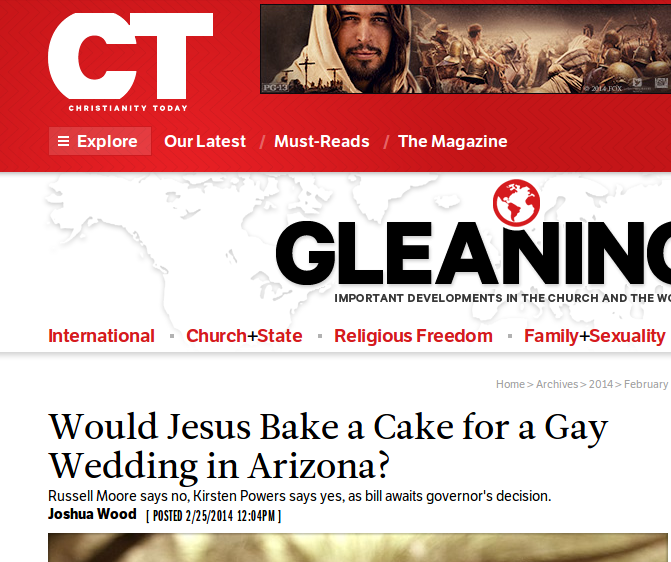