Cosmos Episode 2: Survival of the Friendliest 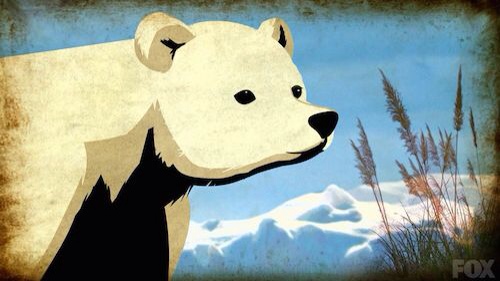 I am almost two weeks behind in my watching of and blogging about Cosmos. The second episode does a great job of introducing evolution, beginning with the shift from natural to artificial selection that turned wolves into dogs.

DNA is depicted visually in a way that some have not appreciated, but who knows what a molecule would “look like” from such a tiny perspective? It is referred to as the “ancient scriptures” of our species, and each living thing is likened to a little universe.

There is an emphasis on the fact that, while genetic mutations are random, natural selection is anything but. That evolution is not something that happens to individuals but species is also explained.

“No one can embarrass you like a relative” is a clever way of tackling our instinctive discomfort at the notion that we are related to apes. “The DNA doesn't lie” – it shows that we are distantly related to plants and not just animals.

Tyson tackles the design argument as it prevailed before Darwin, using the phrase “Intelligent Designer.” In focusing on the evolution of the eye, Tyson says, “In the beginning, life was blind.” The echo of Genesis is striking. The evidence that eyes evolved in water, and retain non-optimal features for out-of-water viewing. The eye is thus evidence for and not against evolution – it shows that nature is at work, and doesn't do what an intelligent designer would do, namely start over to create an optimal eye for land creatures.

Tyson responds directly to the nonsensical objections to evolution, calling an appreciation of our relatedness to other things a “soaring spiritual experience.” I love the way Tyson's face shows real emotion in response to the things he is supposed to be looking at, such as the massive extinction of the dinosaurs. Tyson speculates about what life on other worlds might be like, using Titan as an example.

The story of life on our world is called “the greatest story science has ever told.” Acknowledging that we do not know how life on Earth began, Tyson emphasizes that science works as the frontier between knowledge and ignorance, and that there is no shame in admitting when we do not know something – what is shameful is pretending we have all the answers when we don't.

The episode ends with a clip from Carl Sagan's Cosmos.

I really appreciate Tyson's use of religious phraseology to talk about the world as we know it with science's help. While some will view this as science encroaching on religion's turf and will respond with anger and fear, others of us see it differently. Science can be part of and a key contributor to a spiritual vision, rather than a competitor or opponent.

Have you been watching Cosmos? What are your thoughts about the second episode? 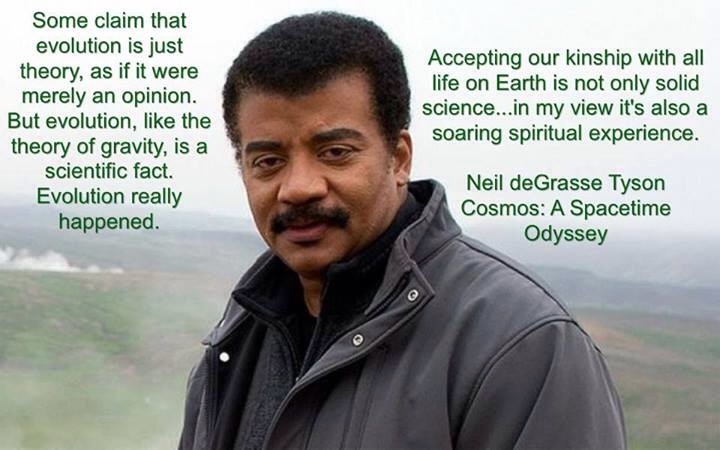