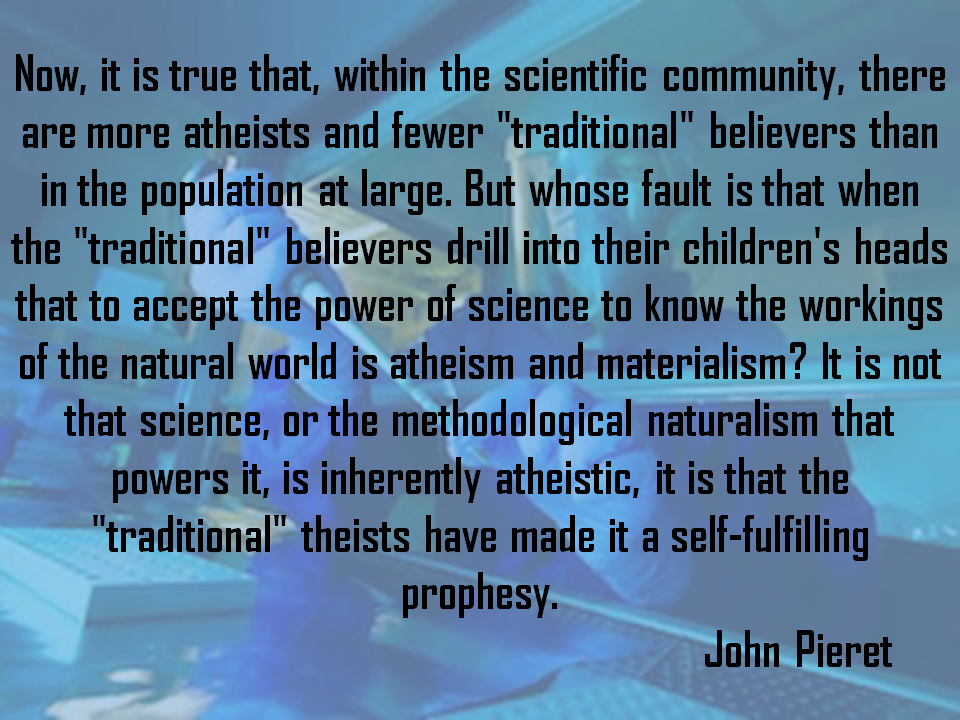 The quote is from the conclusion of a recent post on John Pieret’s blog, “Thoughts in a Haystack”:

Now, it is true that, within the scientific community, there are more atheists and fewer “traditional” believers than in the population at large. But whose fault is that when the “traditional” believers drill into their children’s heads that to accept the power of science to know the workings of the natural world is atheism and materialism? It is not that science, or the methodological naturalism that powers it, is inherently atheistic, it is that the “traditional” theists have made it a self-fulfilling prophesy.